Actress and plus size model Mia Amber Davis has passed away at the age of 36.

While no official cause has been given as of yet, it is being reported that Davis’ death could be due to complications from routine knee surgery. Her husband Michael Yard – who was in New York at the time of his wife’s demise – told TMZ that Davis was in Los Angeles when he last spoke to her on Tuesday, and that she was complaining of dizziness.

Perhaps most known for her role as Rhonda, the super sexy curvy girl who seduced DJ Qualls’ character in the movie Road Trip, Mia Amber Davis’ career went far beyond the silver screen.

Davis served as creative editor-at-large for Plus Model Magazine and modeled for Lane Bryant, Just My Size, Ashley Stewart and Monif C .

In response to Davis’ death, Madeline Jones Editor-in-Chief of Plus Model Magazine said, “Mia Amber Davis was a woman of integrity who was adored by friends around the world. As the curviest plus size model to grace brands like Just My Size and Ashley Stewart, she proudly represented for the millions of women who wear a size 18 and up, and inspired them to look and feel beautiful. [She] created a career that spanned over ten years. Modeling was her work, but it was her mission to encourage plus size women everywhere to be happy and healthy at their size. Her ‘Curvy Girls Rock’ t-shirts and tank tops, were huge sellers at plus sized events – and it was just another way for her mission statement to reach the masses.” 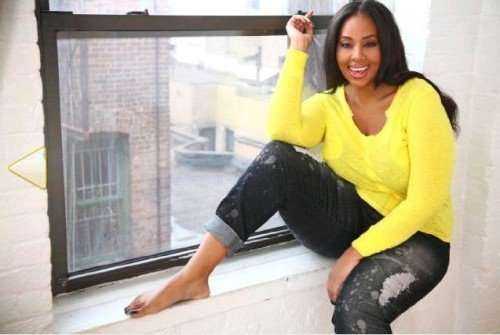