On Monday it was announced that action movie star and former California Governor Arnold Schwarzenegger and his wife of 25 years news and charity personality Maria Shriver have decided to go their separate ways.

Since then, details surrounding the when and the why of the split have slowly leaked out.

According to sources, Maria Shriver has been miserable for years, debating whether or not to pull the plug on her marriage; but things kept coming up and distracting her – like the death both her parents and her religious beliefs.

Allegedly Shriver has felt ignored by Schwarzenegger for years, leaving her feeling unwanted and unappreciated. His rumored womanizing and “out of control ego” didn’t help matters, and Shriver reportedly moved out of the couple’s Los Angeles mansion a few months ago, when she finally decided enough was enough.

One source close to Shriver claims, “She’s been a lost soul for a long time.”

Shriver alluded to her marital difficulties a few weeks ago when she posted a video on YouTube in which she asked people for advice on her future.

“I’m in transition. It’s so stressful to not know what you are doing next. How did you find your transition, personal, professional, emotional, spiritual, financial? How did you get through it?” she asked.

One way Shriver is getting through this hard time is by concentrating on her annual Women’s Conference, whose mission is “to educate, inspire and empower women to be Architects of Change.” 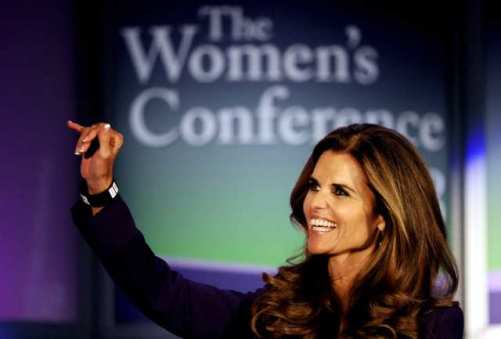