Just when it was started to look like the divorce of Arnold Schwarzenegger and Maria Shriver was going to go off without a hitch, news of an illegitimate child hits.

According to reports, Schwarzenegger, 63, knocked up a longtime member of the family’s household staff, and finally came clean about it back in January of this year when said employee retired after 20 years of service. *Ahem*

Allegedly, Maria Shriver, 55, packed up and left upon learning that her husband of 25 years fathered the child over a decade ago.

In a statement released to The Times, Arnold Schwarzenegger acknowledged the rumors.

“After leaving the governor’s office I told my wife about this event, which occurred over a decade ago…I understand and deserve the feelings of anger and disappointment among my friends and family. There are no excuses and I take full responsibility for the hurt I have caused. I have apologized to Maria, my children and my family. I am truly sorry.

”I ask that the media respect my wife and children through this extremely difficult time,” the statement concluded. “While I deserve your attention and criticism, my family does not.”

To protect their privacy, The Times is not publishing the former staffer’s name nor that of her child. In an interview Monday before Schwarzenegger issued his statement, the former staffer said another man — her then-husband — was the child’s father.

She said she voluntarily left her position with the couple earlier this year after reaching a longstanding goal of working for them for two decades. “I wanted to achieve my 20 years, then I asked to retire,” she said, adding she received a severance payment and “left on good terms with them.”

According to an unidentified source, the former Governor has taken financial responsibility for the child from the very beginning.

A spokesperson for Maria Shriver said the former first lady had no comment. 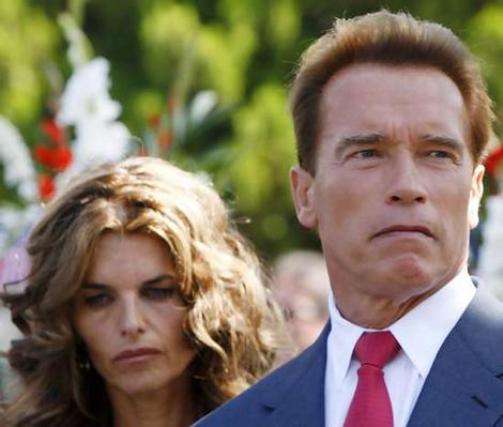