Reporting this sort of news makes my heart hurt.

Actress Nichole Hiltz of the USA hit show In Plain Sight was arrested early Tuesday morning in Los Angeles on suspicion of child neglect; her young child was taken into protective custody.

According to local law enforcement, police officers initially responded to a call regarding a disturbance at Nichole Hiltz’s apartment in West Hollywood. Upon arrival, cops checked out the situation and decided there was enough evidence to warrant the removal of Nichole’s child from the home.

The 32-year-old actress was taken into custody around 3:30am and transported to the police station where she was booked on suspicion of misdemeanor child neglect. Hiltz has since been released.

In a statement released to TMZ, Nichole Hiltz’s attorney said, ‘It was an unfortunate misunderstanding. No charges have been filed and absolutely no harm was done to the child.”

For the sake of everyone involved – especially the child – I hope this is all a big misunderstanding.

Who is Nichole Hiltz, anyway?

Nichole Hiltz was born on September 3, 1978. Before her co-staring role on In Plain Sight, Nichole appeared in several TV shows including NYPD Blue, The O.C., Strong Medicine, Cold Case, The Shield, Buffy the Vampire Slayer, V.I.P., CSI: Crime Scene Investigation, Bones, and Smallville, as well as three episodes of Desperate Housewives; she also played the semi-regular character Ginny Dannegan in The Riches. 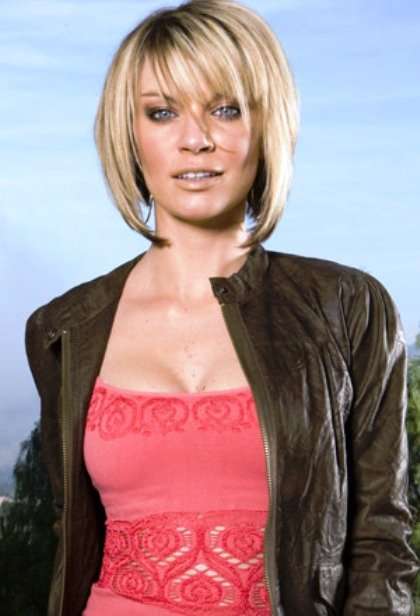