Oh my gosh you guys, I cannot even put into words how crazy my life has been the past couple of weeks. Some of it has been self-imposed crazy, but most of it has been out-of-my-control balls-to-the-wall nuts!! I sure hope things start to calm down around here.

Of course, that wish is only for my little world. I obviously want the world of celebrity to continue to rotate in the universe of madness.

That being said, let’s take a look at the new patients/cast of characters set to join the upcoming season of VH1’s Celebrity Rehab with Dr. Drew, which begins later this month.

In alphabetical order by first name:

Bai Ling – Not sure if she can be considered and actress anymore, but whatever; she brings the crazy wherever she goes so I’m sure if nothing else she’ll be fun to watch.

Dwight “Doc” Gooden – In early 2010 the former Mets and Yankee baseball star was arrested for DWI after he crashed his car, while his child was inside. The sport star has struggled with addiction for years.

Jeremy Jackson – The former Baywatch actor has spent years bulking up and now has a full-blown addiction to hormone injections. I bet Jeremy will give Daniel Baldwin a run for his rage-tantrum money!

Jessica “Sugar” Kiper – Apparently appearing twice on CBS’s Survivor did not bring Sugar all fame and fortune she dreamed of and she turned to booze and weed to drown her sorrows.

Michael Lohan – This fellow needs no introduction. According to reports Michael is seeking treatment for his addiction to drugs and alcohol, but I think we can all agree that is real addiction is to fame and being in the spotlight. Not sure how a reality show will help, but whatever – he’s sure to be entertaining nonetheless.

Sean Young – If antics of recent years are any indication, Ms Young has a slight drinking problem. And by slight I mean she’s a wild alcoholic.

Steven Adler – Making his second appearance on the show, the former Guns N’ Roses drummer is returning for continued support of his sobriety. 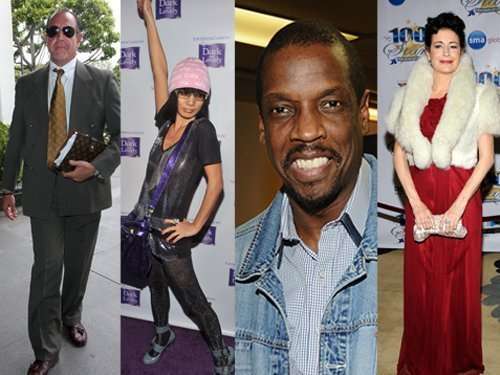