Yesterday I briefly mentioned that I’ve been going through some crazy stuff lately, and stated my wish for the celebrity world to stay bonkers, while my world got back to normal. Well, it looks like half my wish is coming true; Hollywood isn’t letting me down, but my life could use a little more calm.

We haven’t had anyone carted off to the loony bin for a while, so the news of Nicolas Cage’s son Weston being hauled away in an ambulance and possibly put on a 5150 psychiatric hold was somewhat…well…comforting.

According to reports, Weston Cage flipped his lid big-time on Tuesday while at The Farmer’s Kitchen in Hollywood with his trainer. Allegedly the trainer told Weston he was not allowed to have a particular item on the menu and Weston went totally loco. Like karate chop kicks to the dude’s knee loco.

Click the link below to check out the crazy video TMZ posted this morning of Weston Cage having his ass handed to him on a bloody platter by his trainer outside the restaurant Tuesday, shortly before being carted away.

The footage begins moments after 20-year-old Cage tried to deliver a roundhouse kick to his trainer after the trainer refused to allow Weston to order a certain item off the menu.

After a brief scuffle, the trainer takes Weston down to the ground … climbs on top of him … and rains down with a flurry of barely-contested punches to Weston’s face. At one point, Weston tries to punch back — but the trainer blasts him in the face — once again taking control of the situation.

The trainer kept Weston pinned down on the concrete until cops arrived — and as TMZ first reported, Cage was eventually handcuffed, strapped to a gurney, and taken to a nearby hospital to be evaluated. 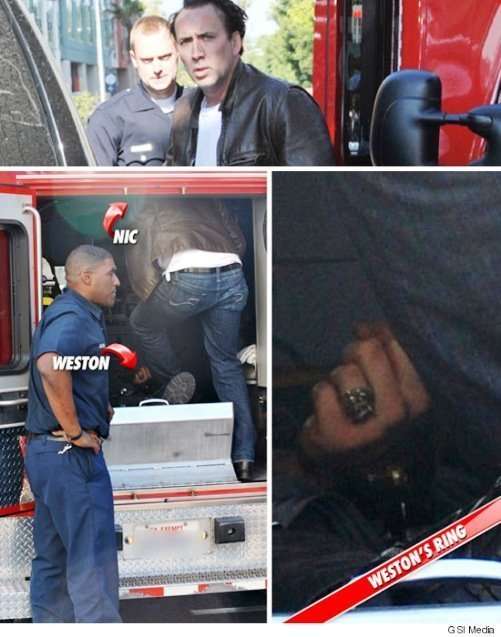 In related crazy-person news, a man who Lindsay Lohan has accused of stalking her has been ordered by a judge to stay away from the actress for the next two years.

Reportedly this creep by the name of David Cocordan, has a history of showing up at Lindsay’s court appearances as well as leaving gifts at her house and sending her inappropriate and freaky text messages.

Lohan wrote in a court filing last month that she is frightened of Cocordan, 38, who she stated had sent her more than 100 text messages, including one describing having sex with the “Mean Girls” star.

…One text message contained in the court documents indicates Cocordan was in the courtroom last month when the 24-year-old actress was sentenced to jail. 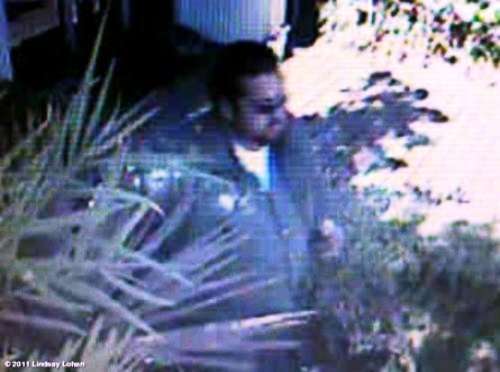