The little girl inside of me is going to sleep a happy camper tonight; she got to do something today she hasn’t done in a really long time.

Today I had a tea party.

It was a small party – just me and a friend – but it was delightful nonetheless. We met at Lovejoy’s Tea Room in San Francisco and enjoyed High Tea for Two. Excellent tea (I had Pomegranate Green), fun little finger sandwiches, and perfectly flakey scones – it was perfect!

– Rumor has it Kim Kardashian has asked Paris Hilton to be a bridesmaid when she weds Kris Humphries; which will allegedly happen in August. According to reports, Kim was seen picking up a dress from Hilton’s house and taking it to an establishment that does alterations.

– Alexis Knapp – who at this point is mostly known as Ryan Phillippe’s ex-girlfriend allegedly having his baby, but is actually an actress – gave birth to a baby girl at Cedars-Sinai Medial Center last Friday. Phillippe was at Knapp’s side as 8-pound Kai was born; it is still uncertain whether or not Phillippe is actually the father.

– Actress Emma Stone has admitted to a celebrity girl-crush. Apparently Mad Men’s Christina Hendricks (who also happens to be a redhead, like Stone) really does it for Emma, who sites “everything” about the curvaceous actress as the reason for her admiration.

– Last but not least…David Beckham was a sneaky little man and managed to get a picture of his ready-to-pop pregnant wife, Victoria Beckham, while she lay sunning her belly. Pregnancy seems to suit her. 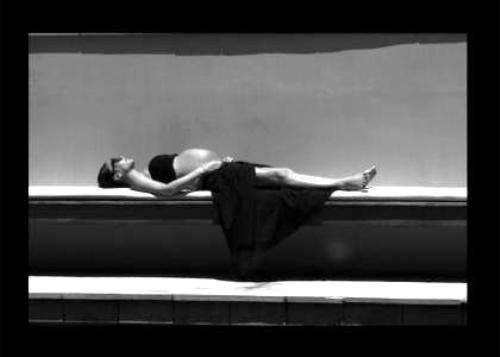