So apparently it took the death of Russell Armstrong to bring me out of my gossip-slinging slump. And while it’s indeed sad news to report, I’m glad something finally flipped the switch.

Russell Armstrong, a business man and husband to Taylor Armstrong of Real Housewives of Beverly Hills fame, was found hanging in an apartment on Mulholland Drive Monday night. The cause of death looks to be a suicide. He was 47.

Los Angeles Fire Department spokesman Matt Spence adds, “We did respond at 8:08 p.m. Monday night regarding a reported death at the scene.”

According to Los Angeles Coroner Assistant Chief Ed Winter, Armstrong was pronounced dead by paramedics at 8:16 p.m. “There was no suicide note found,” Winter tells PEOPLE. “An autopsy and toxicology test are pending.”

Recent troubles in Russell’s life were no secret. His wife left him, he was being sued for breach of contract, and apparently his bank account had seen better days.

Russell’s lawyer, Ronald Richards – who, by the way must not be keen to the obvious because he had “no idea” Russell was depressed – said his client had been staying at a friend’s house and was just a little sad.

Richards adds, “He was also extremely bummed out about the divorce with Taylor. As far as a will, even if he does have a will, they don’t have any assets, so I’m not sure what there would be left to leave. I am extremely saddened … I had no idea he was depressed.”

I’m not at all surprised by this news; I hate to say it, but it’s true. Russell always looked so sad and lost, like his mind was off in some distant place, stressing over all his worries.

My heart goes out to Taylor Armstong and her daughter, Kennedy. 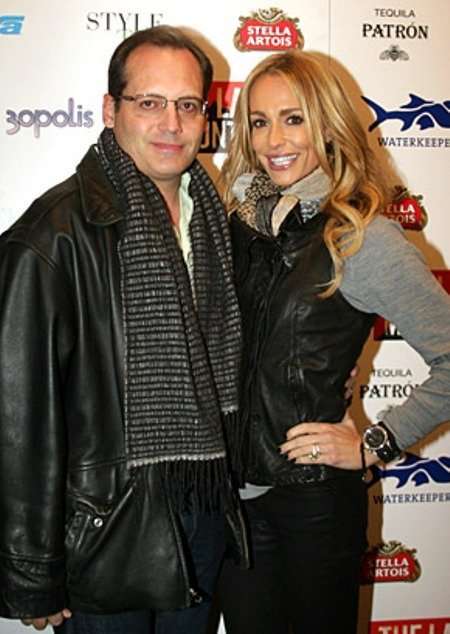