Home
Hollywood Gossip
Jesse James And Kat Von D Are Back Together. Of Course.

I think I’m going to be sick.

Everyone’s favorite-to-hate tattooed couple, Jesse James and Kat Von D, are back together. And, apparently, have even reignited their engagement.

Ugh, just the thought of these two together makes my insides want to become my outsides.

Props to my girl, Honey Bee at Busy Bee Blogger, who saw the whole thing coming…..

…I did a post about the love notes being passed via twitter between Kat Von D and Jesse James and then it came out that yes, the tattooed twosome are indeed back on. Not only that but they are engaged once again!

In an interview with PEOPLE, James made it official. The engagement is back on, and Von D is once again wearing her ring.

“Sometimes you are only given one chance in life,” he says. “It was up to me to open my eyes and see it. That girl is my chance. I will never stop fighting and striving to hold on to her. Showing her how special she is, and how much I love her.”

Hmmm, and all this was done the very same day that TLC announced that Kat’s TV show L.A. Ink would not be returning for another season.

So how long before Kat Von D and Jesse James are living together in Texas and the cameras are following them around on their own reality TV show? Or he cheats.

You know one of those is bound to happen, so don’t look at me like that. 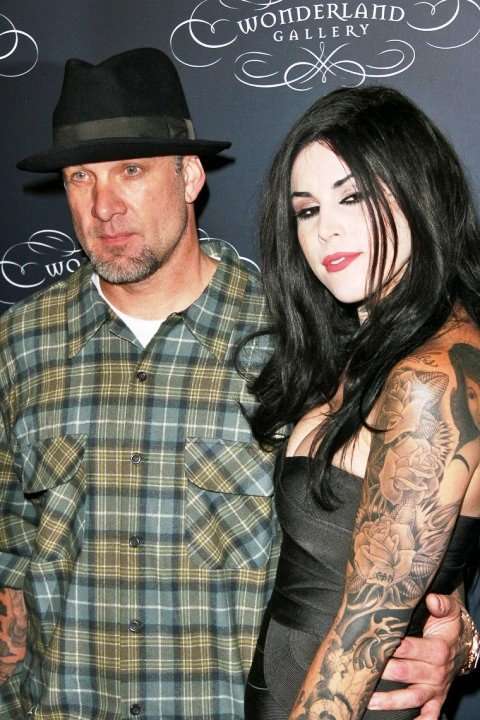