Will Smith and Jada Pinkett Smith are not splitting up. I repeat, the uber-famous Smith couple is still intact. Unless of course it isn’t. I mean, they say it’s all wonderful, and that everything is hunky-dory, but it’s Hollywood so who the really knows. By this time next week they could be releasing as statement announcing they’re calling it quits.

But until then I guess we’ll just have to take the pair’s word for it, and believe that Will Smith and Jada Pinkett Smith are not separating.

After the stories hit the net, Will’s son Trey spoke out on twitter to clear the air…
“Did #WillandJada split? No they did NOT split ! False information” he tweeted. He also added “Will and Jada getting a DIVORCE ..NOT TRUE AT ALL !! RETWEET”

The couple also released a statement about the allegations; “The rumors circulating about our relationship are completely false…Our marriage is intact.”

There have long been rumors that Will Smith and his wife Jada have an open marriage. There has also been much chatter that the Misses likes the ladies. And if you believe the talk of the last couple of days, apparently she likes anorexic monkeys too.

While Jada’s spokesperson would not comment on the separating from Will Smith thing, rumors of an affair with Hawthrone co-star Marc Anthony were addressed in a released statement.

“All the rumors regarding Marc Anthony and Jada are false. Completely untrue. As for [the reports of a split between] Will and Jada, I’m not commenting on their personal life.”

A rep for Marc Anthony also denied an affair between the co-stars.

“We unequivocally deny this. Enough is enough. There are families involved, children involved, friendships involved. This is NOT true.”

As of this morning, more rumors have hit about an affair between Jada and Marc – with some reports even claiming that Will walked in on the two doing the nasty earlier this month.

The truth remains to be seen. Until Will Smith and Jada Pinkett tell us themselves that their marriage is kaput, it’s all just speculation. 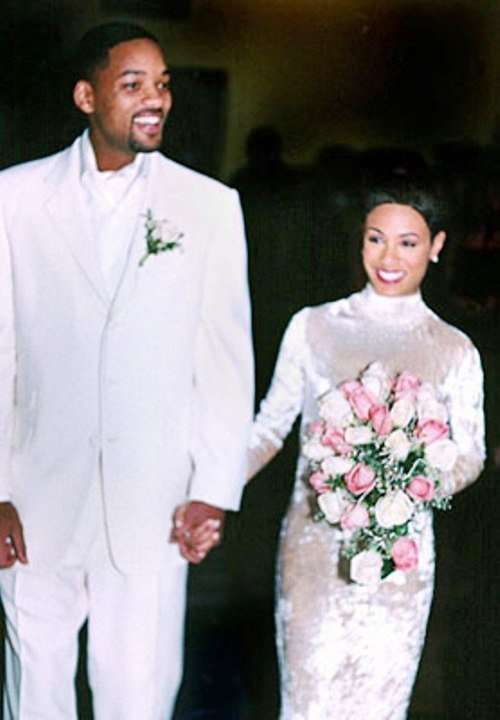