Either the voters on Dancing With The Stars are anti-Peace, or Ron Artest just plain sucked. The dance floor, apparently, is not as kind to the Lakers star as the basketball court is.

After receiving the lowest score on the Monday night premiere of DWTS, Ron Artest and his newcomer-to-the-show pro-dancing partner Peta Murgatroyd were eliminated from the competition on Tuesday.

Not a huge surprise considering after their rendition of the Cha-Cha, judge Len Goodman called it “atrocious”.

Rounding out the three couples on the chopping block were Nancy Grace and her partner, Tristen MacManus, as well as Rob Kardashian and his partner Cheryl Burke.

Week One Dances and Scores (from top to bottom) 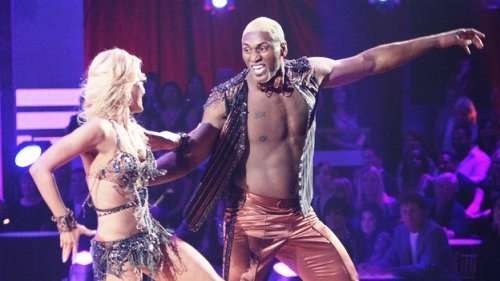