Pregnancy rumors are swirling around Jessica Simpson again. But this time they may actually be true!

It all started with a blind item that circulated last week:

“This female star has certainly had her ups and downs. Her career has gone up and down and has expanded over more than one creative medium. She has dated at least three or four famous guys, has been married to and divorced from another celebrity, and is a tabloid staple. Depending on who you talk to and which day it is, she is either gorgeous or ugly. Well, we know one thing for sure: she is pregnant! She is seven weeks along, and you should expect the announcement within the next couple of weeks. She could wait longer, but she wants to avoid the criticisms about her fluctuating weight. She thinks it will be good for people to know that she “has a baby on board, rather than a burrito on board.” Both she and her partner are very happy about the pregnancy. Oh, and they will be getting married, although the wedding will now happen after the baby is born.”

And now, according to the sometimes-correct In Touch Weekly, a source close to the singer (Jessica Simpson is still technically a singer, right?) has told them that there is indeed a baby on the way.

“She’s already having kooky cravings, especially nacho chips dipped in chocolate, which satisfies her urge for salty and sweet. She’s also developed a taste for cheesy popcorn and non-alcoholic margaritas.”

If the tales are true, Jessica Simpson’s camp will be announcing the news soon I’m sure. Celebrity pregnancy gossip is usually left to fester for a few days before anything is confirmed. Of course, when celebrity baby rumors are started, the true ones are ardently denied a week before they’re confirmed and there hasn’t been any of that; so who the heck knows.

Maybe she’s just gained some weight. It happens to the best of us. 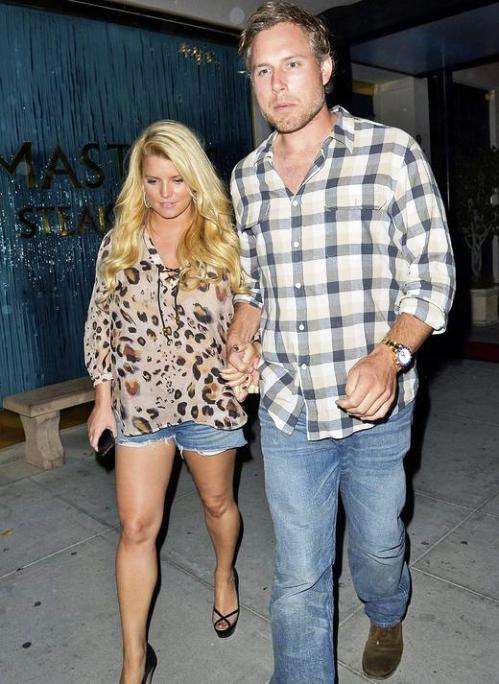