Oh, Lindsay Lohan. Not this again. What is your problem, dear child? I mean really; is your head full of bricks?

Several reports have indicated that Lindsay Lohan has basically given the justice system – and possibly her freedom – the royal middle finger by failing to properly complete her court-ordered community service (she was literally kicked out as a result), and blowing off mandatory therapy appointments.

Lindsay Lohan has been kicked out of the program where she was supposed to complete her community service because she violated the rules numerous times. Judge Stephanie Sautner ordered Lohan to serve 360 hours at the Downtown Women’s Center in L.A… required her to be reliable, non-disruptive, and serve at least 4 hours at a time. But sources tell us … Lindsay blew off 9 scheduled visits … and when she did show up, she would often bail after working there for only an hour.

Lindsay Lohan has violated the judge’s order in her probation case by not seeing a psychologist at least once a week…she MUST see the shrink every week, but she has not. We’re told one of her excuses is that she’s been working out of the country, but Judge Sautner made it extremely clear … work is not an excuse for failing to comply with the terms of probation.

Judge Stephanie Sautner also made it very clear to Lindsay that if any of the terms of her probation are violated, Lohan will be sent back to jail. Do not pass Go. Do not collect two hundred dollars. 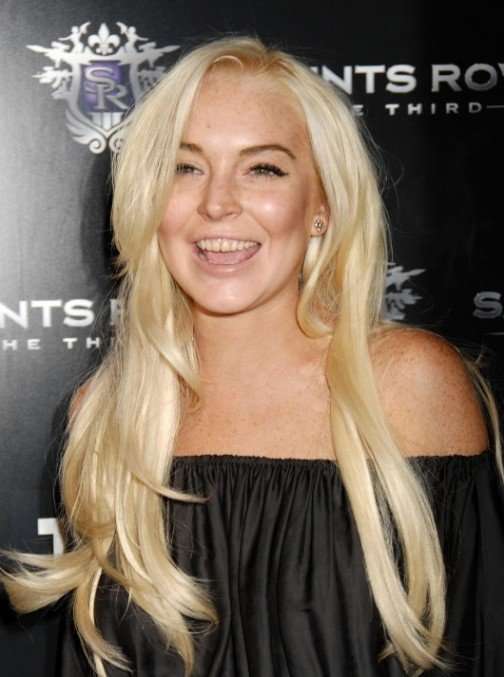 The extremely troubled, and clearly moronic, redhead is due in front of the judge next week to face these latest accusations.

According to RadarOnline, sources close to Lindsay Lohan claim she’s not worried one bit about the upcoming court date saying, “I’m not worried about court, nothing is going to happen to me.” Can we say ‘spoiled bitch’?

“She says she knows that she has a year to complete everything and she thinks the judge isn’t going to be able to do anything to her,” the friend said Lindsay revealed about her upcoming appearance in front of Judge Stephanie Sautner.

Confident that her excuses will work again with the judge, Lindsay has told her friends that she is sure her court appearance will just be another lecture but that she’s not going to be going to jail.

“Lindsay says she knows that she’s not doing what they want her to do now but she feels like she won’t get in any trouble,” her friend told Radaronline.com.

Lindsay needs to be sent to the slammer for like a year. Seriously. And maybe while she’s there she can get her damn teeth fixed. Narsty.