So apparently fastening a stupid little seat belt on the airplane is too much for Whitney Houston to handle.

The sober journey she’s one must be a rough one. Or she’s just a diva.

After boarding a Delta flight in Atlanta, Ms. Houston was asked to buckle her seat belt – as are all flyers – and she refused. When a second member of the crew told Houston she would be removed from the plane if she did not put on her seat belt, Houston still refused to buckle her belt (which I’m sure was highly annoying to the rest of the passengers).

Finally Diva Whitney allowed a crew member to do it for her. At that point the plane was finally cleared for take off.

I would have been so beyond pissed if I was on that flight.

According to a close friend of Whitney’s, the troubled singer “overreacted a little bit after missing an earlier flight but she’s still 100% sober and was on the way to Detroit for her first day of shooting a new movie.”

She missed an earlier flight so she took out her frustration on innocent passengers? Bitch. Seriously. I mean, that’s just plain rude. I don’t care who you are – or who you may think you are – no one is above putting on their damn seat belt on the friggin’ airplane. 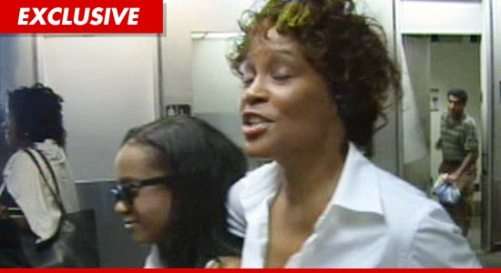