Lindsay Lohan has more mug shots than I have day-to-day bras. Seriously.

I’m not sure which is sadder, now that I think about it; but whatever. The point is, stupid Lindsay Lohan – who is barely 25 – has five friggin’ mug shots under her belt.

I suppose this is where my big heart is supposed to come in, but quite frankly I’m plum out of sympathy in the Lohan department. There are just so many times I can listen to a privileged celebrity blame everyone and everything but themselves and their terrible choices, before I turn off the light of empathy all together.

My light on your porch is fading, Lindsay Lohan. Not that little ol’ me makes much difference, but multiply it by the thousands of others who have grown tired of your antics, and there goes your fanbase.

Without going into too much detail (which you don’t even really need since it’s just more of the same), Lindsay Lohan was back in court on Wednesday to face the latest allegations that she in some way violated her probation.

Apparently Ms. Lohan did her makeup in the dark this morning without once looking in the mirror, and those around her neglected to tell her she looked stupid, because she showed up at court with her face looking like this: 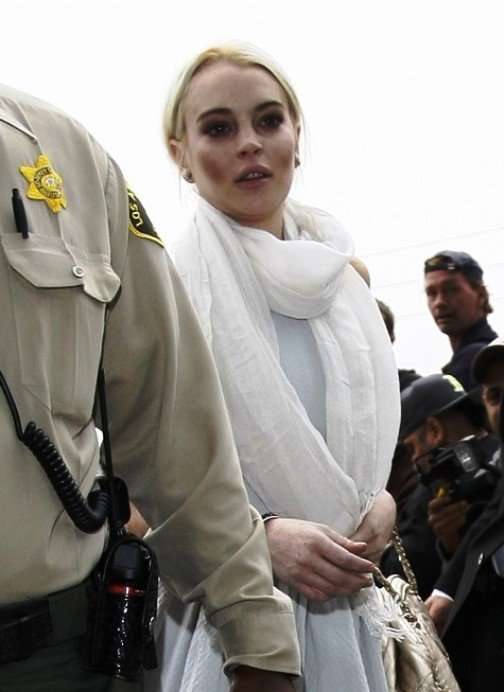 Is that supposed to be blush or war paint?

As for what went down inside the courtroom, Los Angeles Superior Court Judge Stephanie Sautner determined that Lindsay being kicked out of her community service assignment at a women’s shelter was “cause to revoke probation.”

After being chewed out by the judge, Lindsay Lohan was placed in handcuffs and led away like a common criminal (which she totally is, by the way).

As usual, her bond was paid and Lindsay Lohan was free to go. 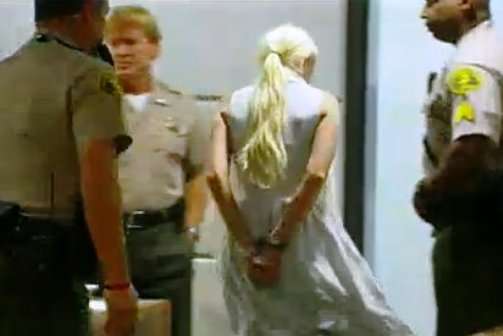 A hearing date as been set for November 2nd, during which Lindsay Lohan could (please! please! please!) be sentenced to a year-and-a-half in jail.

And now, for your enjoyment, Lindsay Lohan Mug Shot No. 5: 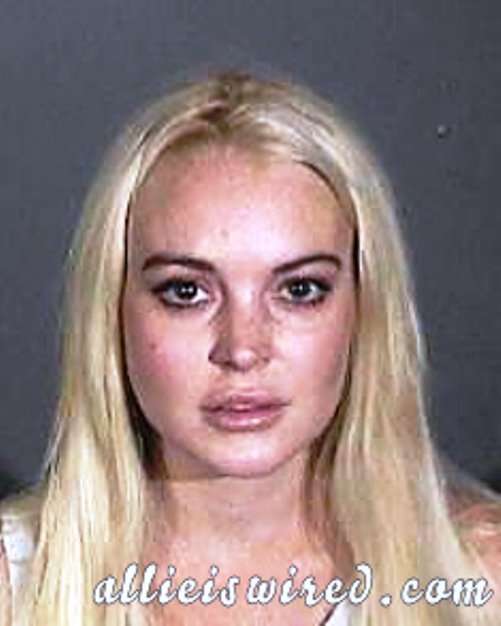