At the end of last month I told you about the rampant rumors circulating that Jessica Simpson is pregnant with her first child. (Jessica Simpson Is Pregnant. Maybe. Maybe Not.) While there has still been no confirmation or denial from her people, there are new pictures of the former pop star that are clearly trying to tell us something.

As far as I can guess, the pictures are either telling us that Jessica Simpson has entered her second trimester, or she’s taken up smuggling basketballs. I’m going with the former, but that’s just me.

On a related note, Jessica Simpson’s ex, Tony Romo, and his wife of five months, Candice Crawford, have announced that they are expecting their first child.

While making an appearance at a high school outside of Dallas today, a student asked the athlete if he had any children. With his wife sitting in the audience, he replied, “No, I don’t have any kids. Well, I’ve actually got one on the way. My wife is pregnant.” [source]

I’m going to go out on a limb here and say that Jessica Simpson got tired of waiting for Eric Johnson to commit to a wedding date, so she just got pregnant instead. As a woman who has been divorced once already, perhaps Jessica figured the best way to hold on to a man for life is to have his child. Sad, but incredibly common. 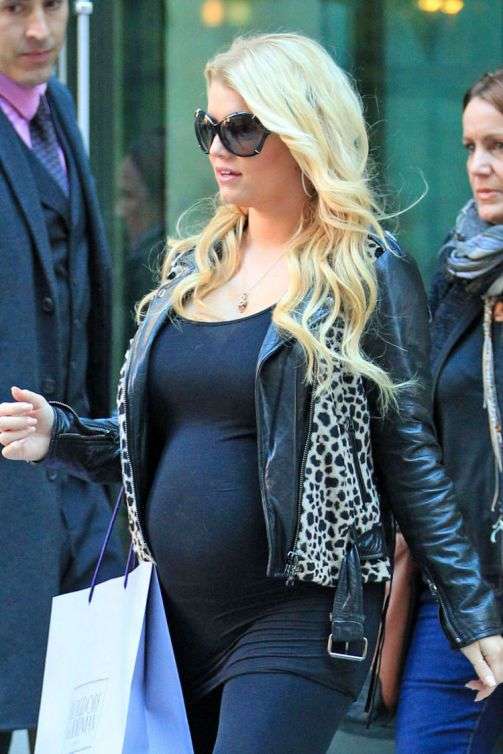