Hopefully she’ll last longer than a week this time.

At the end of last season’s The Real Housewives of Beverly Hills, Kim Richards was outed as an alcoholic by her younger sister Kyle Richards.

The news wasn’t anything significant, as the audience had long since figured out Kim had some addiction issues. I mean, all you had to do was watch one episode and could see that Kim needed some sort of help.

After the season ended, Kim Richards entered rehab at her family’s urging, but checked herself out a week later.

On Monday, news hit that Kim Richards entered rehab last week, and according to the source spilling the beans to PEOPLE, the reality star and former child-actress is seeking treatment for alcohol abuse and “other problems.”

“Kim has been to rehab more than once before,” says the source, “but every time is a new time, and everyone just hopes this sticks and that she gets the help she needs. It’s serious.”

If you’re like me and haven’t missed an episode of The Real Housewives of Beverly Hills, you’ll likely be wondering at this point if Kim Richards is still with that Ken dude…

Richards has been “erratic. Everyone was really worried about her,” says the source, who adds that Richards is not living with Ken, the boyfriend who was introduced as her love interest this season.

During a recent episode of the Bravo show, Richards says she’s planning to move in with Ken, and cameras show her packing up her belongings.

“He’s not in the picture. No one really knows what the deal was with them, but Kim doesn’t live with Ken,” the source says. “She’s basically homeless, staying with various friends. She doesn’t have a home base. It’s not unusual for people to not hear from her for long stretches of time. It’s been that way for years.”

Oooh, I wonder if he was some sort of drug pusher and got her all strung out just to leave her high and dry (pun intended).

Of course the good people in Kim’s life are pleased with this most current turn of events.

“Her family is relieved she’s getting help,” adds the source. “She has lots of issues. She needs help.”

…Richards is receiving well-wishes from some of her colleagues since seeking treatment. Castmate Taylor Armstrong threw her support to Richards this week, telling Andy Cohen Monday night on his Bravo talk show Watch What Happens Live: “I adore Kim and I stand behind her. And if there’s anything I can do to support her [I will]; but if she’s getting healthy what more could we ask.”

I wish Kim Richards the best with her recovery. 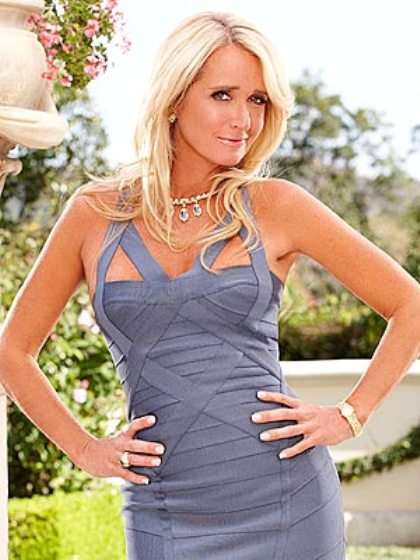