Shocking, I know. And by shocking I mean I’m shocked Russell Brand is the one who filed the papers and not Katy Perry. It really was just a matter of time, right? It is Hollywood, after all.

It seems that I am never actually surprised when I hear of an impending celebrity divorce, but I can be taken aback; as I am in this case. I actually think Katy Perry and Russell Brand made a cute couple.

But, as with any relationship, there’s more to it than just being cute together.

The rumors of a split have been circling for a while now, but it wasn’t until Russell Brand was photographed without his wedding ring that tongues really started wagging.

Sources had told TMZ the couple was having problems, evidenced by the fact that they spent Christmas apart and neither was wearing a wedding ring.

Although it’s not 100%, based on what we now know it appears Brand may have blindsided Perry by filing the divorce petition.

So…um…hmmm…..either Russell Brand is dead and we haven’t gotten that news yet, or he totally lied to Ellen.

Something happened here, and it was big enough to rip apart a union that by all accounts was a blissful one.

The news of a divorce filing by Brand is kinda weird, actually. Weird and sad. I’m sure we’ll find out more in the days to come. Stay tuned! 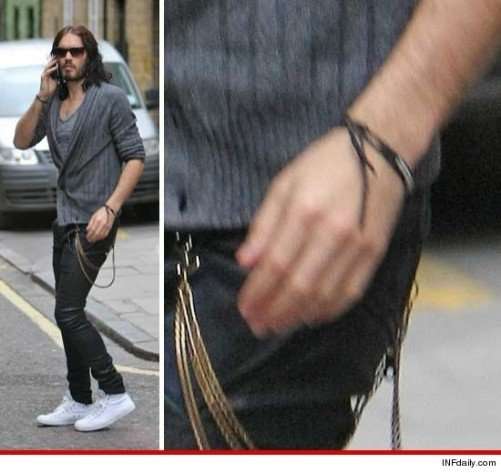