If you remove tattoos for a living, you might want to get in touch with Avril Lavigne and Brody Jenner.

Lavigne and Jenner, who were together for about two years, have broken up and I’m assuming they will soon regret permanently marking themselves with each others’ name.

Reportedly Us Weekly has confirmed with multiple sources that Lavigne, 25, and Jenner, 26, called it quits last week. Their disagreements over how to balance the relationship and individuals career goals is being blamed for the split.

“Every time he wanted to come back and take meetings to get his career back in order, she would make him go to Asia and Europe,” an insider tells Us of Lavigne, who released her fourth studio album, Goodbye Lullaby, in March 2011, and helms her own clothing line, Abbey Dawn.

“He hasn’t worked and he wants to. They were both unhappy because he wants to have his career, she wants him to stay with her,” argues the insider, adding that Lavigne vetoed multiple TV show offers Jenner recently received.

The source was quick to add that a reconciliation is not completely out of the picture.

“There is always a chance they will get back together,” says the source. “Brody is trying to set the ground rules and wants to be able to work. They have to find a balance.”

Good luck with that, Brody! 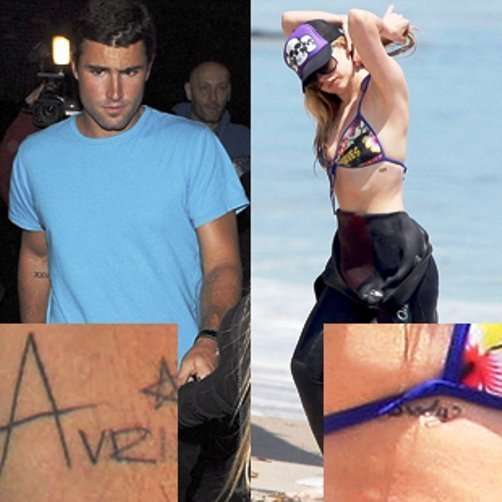