That’s what it’s looking like – as of now, anyway. Reports are circulating that super-gorgeous and sweet Heidi Klum is filing for divorce from sexy singer husband Seal. The couple has been married for about almost 7 years.

Allegedly, Klum will be filing divorce papers in Los Angeles next week, and will (of course) be citing “irreconcilable differences.”

I’m totally bummed about this split. Heidi Klum and Seal are so cute together! They seemed really in love with each other and clearly loved to have fun together. But, as with most anything in Hollywood, looks can be deceiving and things are not always as they seem.

And those lavish wedding vow renewal ceremonies they did every year? Yeah, guess those were just an excuse to throw a party.

Heidi Klum, 38, and Seal, 48, were married on a beach in Mexico in 2005, with Heidi legally changing her name to Heidi Samuel in 2010. The couple has three children together, in addition to Klum’s daughter from a previous relationship.

Klum attended this year’s Golden Globes without Seal, but no one seemed to make anything of it. Things may have been on the rocks for a while, however, as the last time Heidi Klum shared a photo of her husband on Twitter was December 26th. 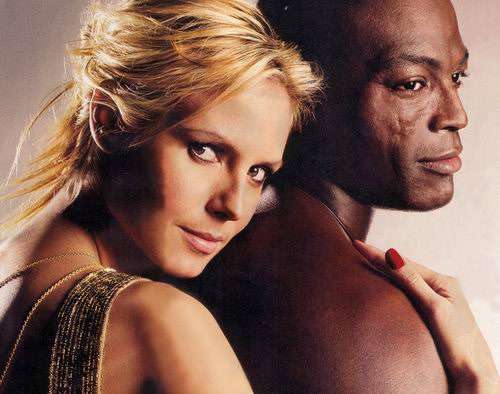