Here’s another couple whose rumored split has slapped me upside the head.

Not only are Heidi Klum and Seal reportedly divorcing, actor Johnny Depp and his longtime lady, Vanessa Paradis have allegedly gone their separate ways.

After 14 years, the relationship between Johnny Depp, 48, and Vanessa Paradis, 39, is apparently at a breaking point.

On Friday the French actress and singer was spotted shopping in the Marais district of Paris and going for a fitting at Chanel. She is expected to make an appearance at the premiere of her film Café de Flore in Paris on Monday.

Meanwhile, Johnny is keeping it low-key in Los Angeles. This past Thursday he was seen wearing his signature fedora hat and driving around in a fancy sports car. Later that night he reportedly showed up at the Hollywood Museum. Depp is slated to start production of his new movie, The Lone Ranger, in New Mexico next month.

Reps for both Depp and Paradis have not commented on the alleged split, and of course neither Johnny nor Vanessa is talking, so there’s really no solid proof the relationship is over and they could totally still be together just working apart; which is a good thing if you’re rooting for the pair to stay together – but a really horrible thing if you’re one of the thousands of women who want to sink their teeth into Johnny Depp. 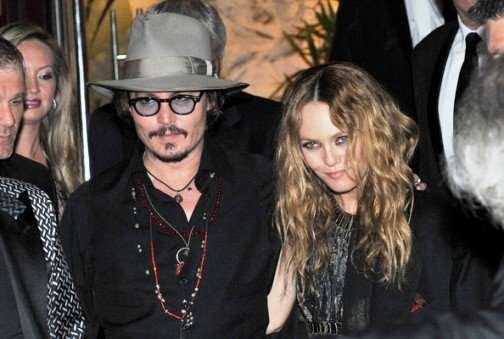