I would like to start by saying that just because Kristin Cavallari and Jay Cutler are engaged for a second time and have announced they are expecting a child together, that doesn’t mean my prediction last November that they won’t tie the knot can’t still come true.

That being said, I would like to congratulate the happy couple on their impending parenthood.

“We are thrilled to announce we are expecting our first child together…It’s an amazing time in our life and we can’t wait to meet the new addition to our growing family,” they told PEOPLE magazine on Sunday.

On Monday, Kristin Cavallari again shared her joy with the world and thanked her fans for their kind words, Tweeting, “Thanks for all the sweet messages! We are so excited for this little bun in the oven.”

Cavallari, 25, and Cutler, 28, have been together since the fall of 2010. They first became engaged in April 2011, but Cutler called it off soon after, in July 2011. By November 2011 rumors that the couple had reunited began to circulate, with Cavallari finally confirming the news via Twitter (natch), “This time it’s official..Jay and I are engaged again”

I look forward to watching Kristin Cavallari’s baby bump grow; and I stand by my prediction of nuptials between the two never taking place. 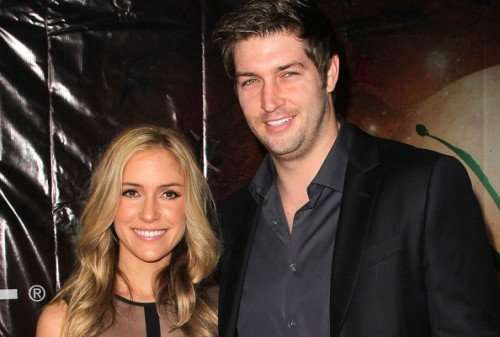