The rumor mill is going full force this morning with the news that Nicole “Snooki” Polizzi of Jersey Shore fame is pregnant. Yes, I’m very frightened too.

Although the reality star has yet to formally announce that she is indeed with child, it’s beginning to look like the chatter is based in fact. The father of the child, by the way, is Jionni LaValle (whoever he is).

According to sources close to the situation, Snooki is hoping to use her pregnancy to become “the next Kourtney Kardashian” and has hammered out a deal with Us Weekly after shopping the story around for a couple weeks.

The source also claims that MTV is freaking out and worried that it could affect the spin-off show that Snooki and her Jersey Shore co-star Jenni “JWoww” Farley have already started filming.

“MTV went into crisis mode after they found out,” says the source. “They’re trying to hide it because it would greatly affect the creative direction of the show.”

Recent photos taken during shooting of her new show appear to be of Snooki hiding her stomach in a myriad of ways – like with a big purse or a huge shopping bag.

Since nothing has been confirmed yet by the Oompa-Loompa herself, I guess all we can do now it wait. And speculate. And gossip. 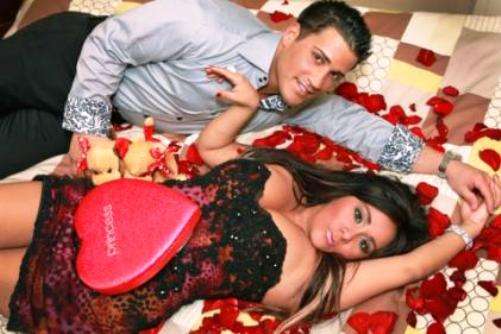