So AdTech SF 2012 started off with a bang for me on Tuesday. And by bang I mean a smash – as in I smashed my left index finger in my car door upon departure on foot from the parking garage. It hurt like hell on fire.

After a quick trip to the First Aid room at Moscone Center West, where the AdTech Exhibit Halls were located, we made our way to the first room of exhibitors. While my nameless boyfriend (yes, he’s still around) was there to talk to people and network, my primary goal was to look around and get free stuff. I’m not a super fan of vendor events, but I really dig the swag. It makes me feel like a B-list celebrity backstage at an awards show.

Anyway, my finger looks so much better today than it did yesterday because it finally stopped bleeding, but it’s still pretty sore. 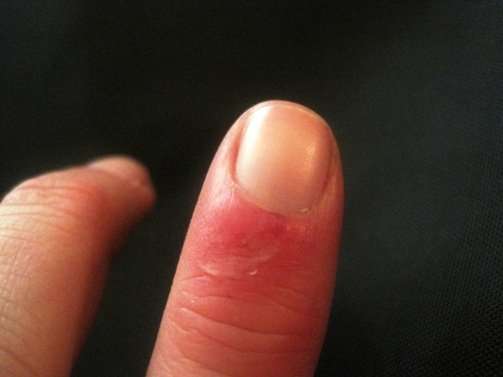 Now that the unpleasantries are out of the way, let’s get down to the fun stuff – the parties! 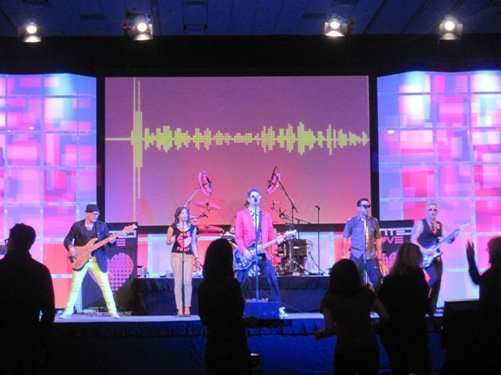 Next we headed over to Monarch where there was said to be free food, and open bar, and two floors of dancing music. After a several block walk in a heavy mist/light rain, and standing in a seemingly never-ending line also in the cold falling water, we decided to call that party a personal bust and went on our way.

Side Note: I straightened my hair that night for the first time in weeks. I was quite annoyed the moisture was ruining it all. It’s a girl thing.

We landed wet and in need of some foot-resting time at Ruby Skye, and were pleased to find that we were admitted quickly and had no trouble finding somewhere comfortable to sit. It’s so nice going to clubs when they’ve been rented out for a private party!

I could not tell you the names of the rappers from the first two sets if my life depended on it, so don’t ask me. I can tell you, however, that neither one was all that great, nor were their sets full of original songs. But they weren’t who I came to see, so I really didn’t care; at that point I was just happy to be sitting down inside where it was a little bit warmer and a lot more dry.

Finally one of two people I actually wanted to see took the stage and our feet hit the ground once again, leaving the comfy seats behind.

Decked out in a blinged-up t-shirt, jeans, a rhinestone-monogrammed microphone, and his signature baseball cap with little braided antennae sticking out, Coolio took the stage and did his thang. With him on stage was some little Mexican looking dude wearing an Ed Hardy shirt, so I immediately didn’t like him (because of the shirt, not because he looked Mexican), and a black dude in a brown sweater who played a mean saxophone. 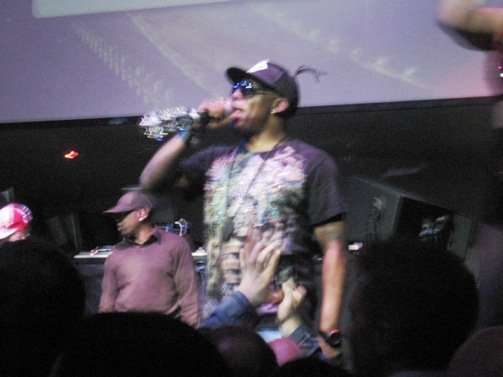 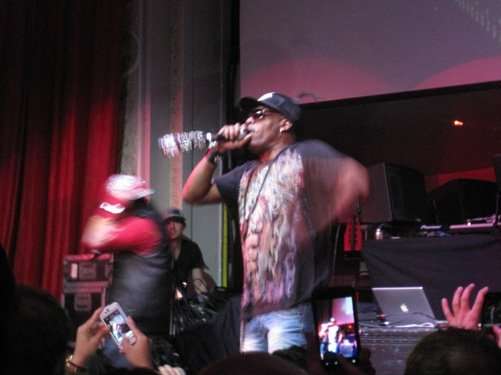 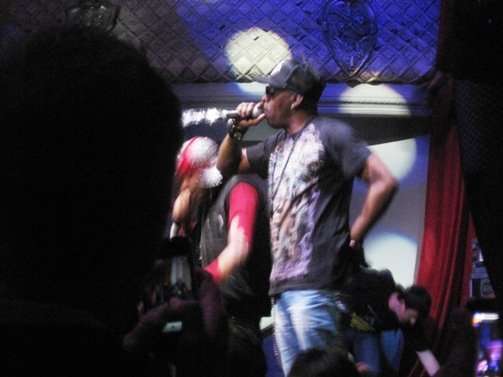 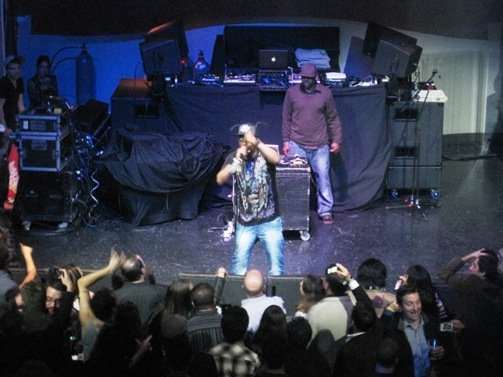 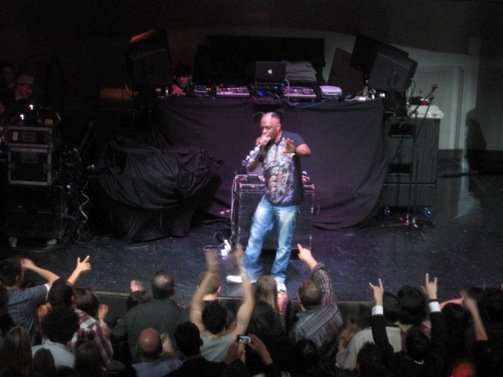 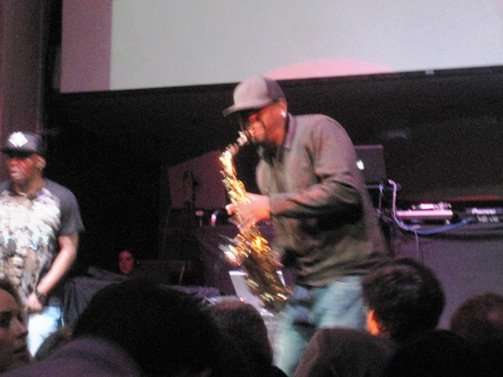 By the time the next gentleman got around to performing, my feet were burning like nobody’s business, but I didn’t care. As soon as I found out that he would be making an appearance – and therefore perhaps performing a song very dear to my heart – I knew what my night was truly going to be about.

Oh my god. Becky, look at Sir Mix A Lot.
He is so cool. He looks like one of those rap guys….. 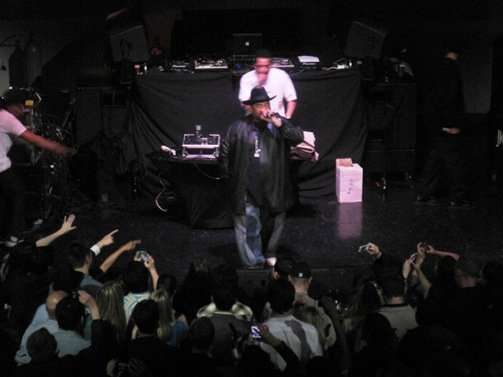 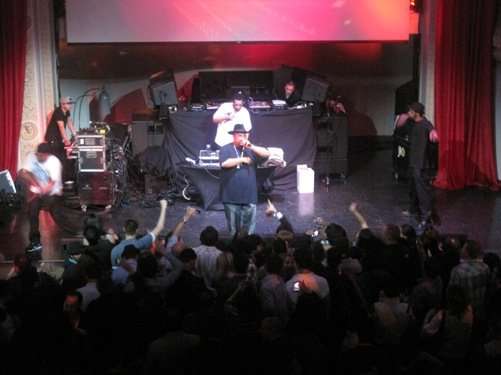 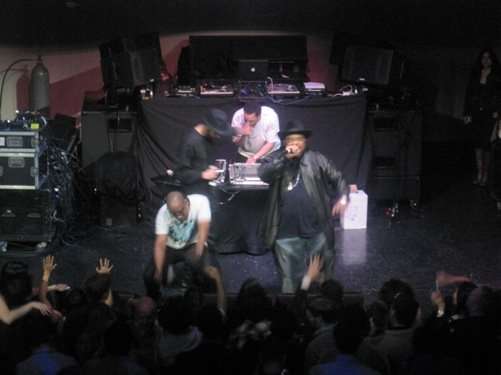 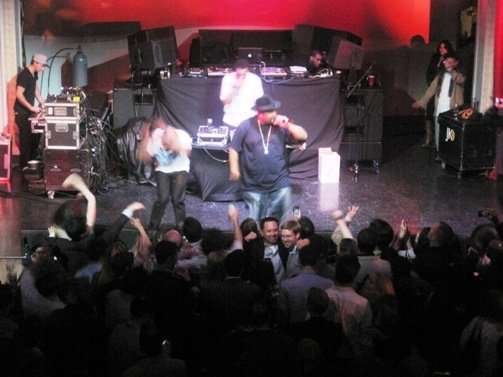 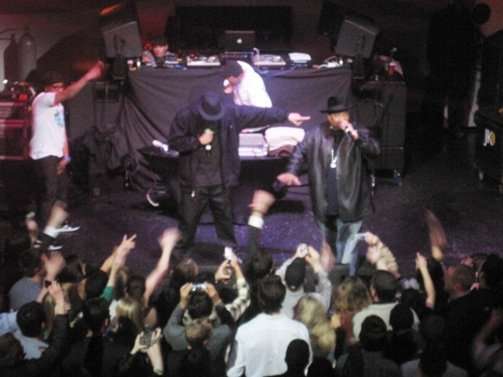 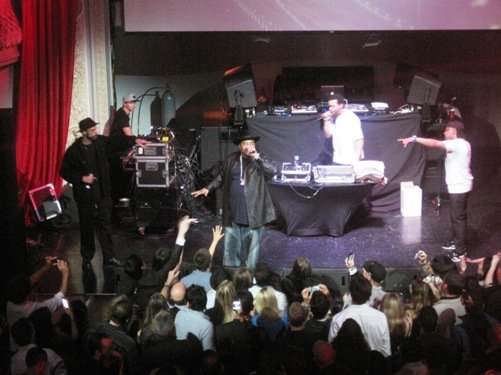 And now for the que de gras! For those who don’t know, I have a very dear friend who happens to operate the hilarious gossip blog, Dipped In Cream, with whom I share a great connection – junk in the trunk. We call each other Becky and check in with each others butts every so often. It’s a great friendship, outside of our mutual butt-thing. I love her lots and lots.

I dedicate this video to Diva Julia, my own special Becky…..

(I apologize for the audio, but I guess that’s what happens when you use a tiny digital camera in an incredibly loud venue.)

After Sir Mix A Lot left the Ruby Skye stage, we cabbed it over to another club where Too$hort was performing. We literally got there in the last seconds of his set, which was total bummer, but it all turned out well – we went upstairs into the VIP area after the show and hung out. Yes, seriously. 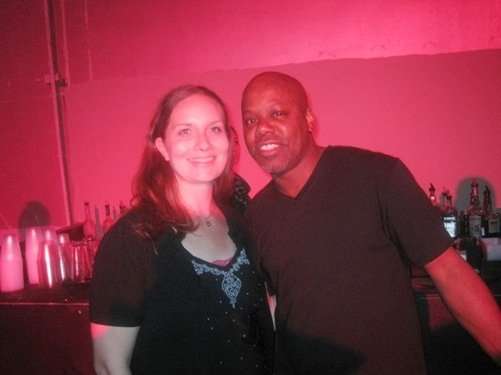 And that, ladies and gentleman was my AdTech SF 2012 experience. Phew!! I’m tired all over again just thinking about it. I can hardly wait until next year! I’m going to start saving for cab fare now; I really don’t want to spend most of the night walking from club to club and miss out on even more fun.