Dear Amanda Bynes: You are a flaming idiot and denial ain’t just a river in Egypt. Just so ya know.

As you may recall, actress Amanda Bynes, 26, was arrested back on April 6th after being pulled over in West Hollywood at 3:00am on allegations of using her BMW to sideswipe a cop car while attempting to turn right; she was believed to be drunk at the time. Bynes refused to take a Breathalyzer or drug trust at the scene, thus adding to the suspicion of intoxication by authorities (that move alone could result in a year’s suspension of her driving privileges).

On June 5th, Amanda Bynes was formally charged with driving under the influence of alcohol or drugs. She was arraigned on June 6th in Beverly Hills, during which her lawyer entered a not-guilty plea on her behalf.

If convicted of the misdemeanor charges, Bynes faces a maximum of 48 hours in jail and 3 years probation, as well as ordered to attend a court-ordered alcohol program for 9 months.

But Amanda doesn’t seem to be worried. Nope, she’s as cool as a cucumber. Nothing is troubling her. There are no problems whatsoever in Amanda’s world.

It must be nice to be rich and delusional.

According to Bynes, not only was she not drunk the night of her arrest, she doesn’t drink at all. Nor does she hit and run. She said so on Twitter, so you know it must be true:

I can’t help but laugh at all of you writing fake stories about me. I was not in any hit and runs. I don’t drink so the DUI is false.

And I can’t help but laugh at you, Amanda Bynes. Seriously.

Oh, and the tweet you sent to the President? Come on! It’s just pathetic.

Hey @BarackObama… I don’t drink. Please fire the cop who arrested me. I also don’t hit and run. The end.

I’ve been around the celebrity gossip block enough to know that Amanda Bynes is full of crap. Mark my words; it’s going downhill from here. The end. 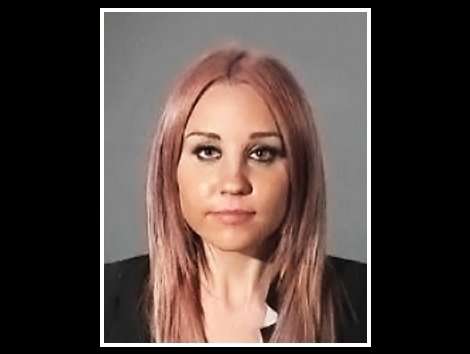