Proud papa pimped out his pumpkin’s picture in public.

So yeah, Kanye West appeared on Kris Jenner’s “talk show” this morning and showed the world a picture of his daughter with Kim Kardashian, North West.

The rapper said they talked about various ways of releasing the first photo, including getting paid to run it in a magazine, but he said he thought it would be nice if he aired it on the finale of North’s grandmother’s TV show.

He also talked about how he’s a devoted father now and that his only goal is to protect her.

“The last thing I would want for my daughter is for some crazy drunk black guy in leather to come up and cut her off at an award show,” he added, a reference to his infamous 2009 VMA appearance where he interrupted Taylor Swift’s acceptance speech. 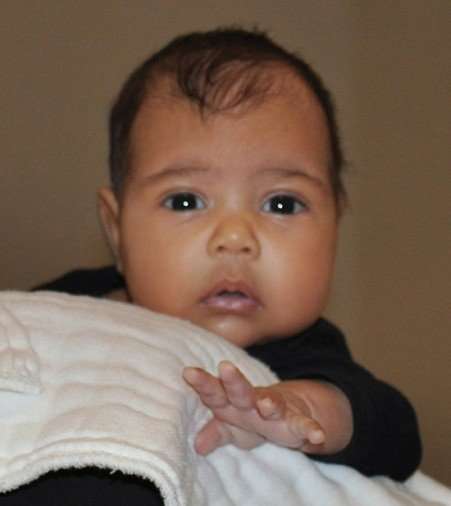