According to unnamed sources spilling the beans to TMZ, the marriage of Khloe Kardashian and Lamar Odom is in trouble, and drugs are to blame.

Apparently Lamar developed a bit of a drug problem a couple of years ago. My guess is that it started around the time his contract ran out with the Lakers, and he went to the Mavericks and totally sucked. But that’s neither here nor there.

…last August Khloe pressured Lamar to go to rehab. Lamar went to a facility in San Diego, but he was so resistant Khloe hired private investigators to secretly stand guard at the rehab place to make sure he didn’t leave. The P.I.s stood guard 24/7.

The sources tell TMZ that Lamar threatened to leave rehab constantly, and that Khloe make numerous trips to the facility in an effort to make him stay. After three weeks, he abandoned the rehab program. Lamar managed to stay clean, and ended up have a fairly successful season with the Clippers. Once the season ended, however, the sources say the hardcore recreational drugs took over again.

Rumor has it that Lamar cheated on Khloe, and she’s pretty sure it happened, but she’s putting that issue on the back burner so the drug problem can be addressed. The idea of divorce has not yet entered the picture.

As for divorce … neither Khloe nor Lamar has contacted a lawyer. As one source put it, “Khloe is more concerned about saving Lamar than ending her marriage.”

We’re told the situation has become dire. Sources tell us … within the last 2 days, the entire family staged an intervention, trying to convince Lamar to go back to rehab, but he wouldn’t have any of it.

In fact, on Wednesday morning, right after the failed intervention, Khloe threw Lamar out of the house…

Hmmm…..so maybe divorce IS in the picture. 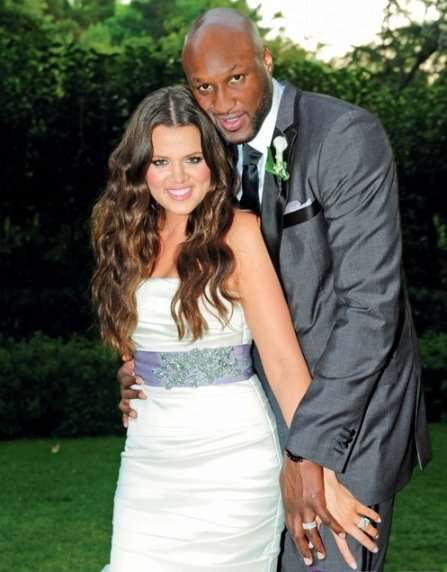