Taylor Armstrong, 42, Beverly Hills housewife-turned-tragic-widow, has found happiness once again, with her lawyer boyfriend of one year, John Bluher.

According to confirmed reports, Bluher asked for Armstrong’s hand in marriage while the couple vacationed at the St. Regis Punta Mita Resort in Mexico, popping the question with a custom diamond engagement ring from Ari Soffer during a romantic night that included a candle lit beach side tent filled with flowers.

Bluher told E!News that the St. Regis Punta Mita Resort is where the couple fell in love, so it was the perfect place for a special proposal, adding that, “Taylor was beautiful and never stopped smiling! It was an amazing evening, a 10 all ’round.”

Fans of Taylor have watched the reality TV star struggle with life and love since the suicide death of her estranged husband, Russell Armstrong, in 2011. The news of her impending nuptials should come as wonderful news to them.

As for Taylor, she seems to be on cloud nine with her engagement, and John in general. “He (Bluher) is a beautiful man. I didn’t think I would ever be able to trust someone completely. But somehow, he opened my heart and I let him in,” she is quoted as saying. Adding, “I want people to see that I am in a solid place now…my life has come full circle.”

[Source: Have U Heard] 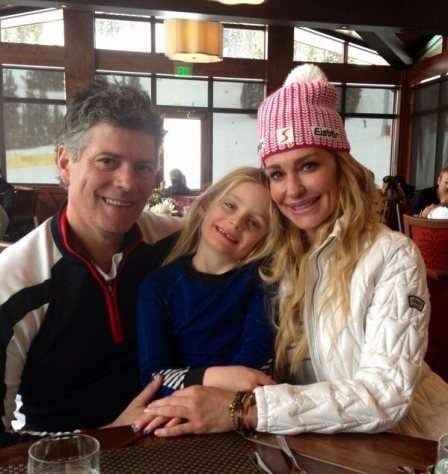