When deciding on a place to hold their real estate seminar, I bet they thought beautiful San Francisco would be the perfect place. They were wrong.

I’ve been to real estate seminars before, but this one takes the cake on crazy. I went to listen to the one and only Armando Montelongo (of A&E’s “Flip This House”) talk about how he built his real estate flipping empire, and what has brought him to where he is today.

Others however, very clearly attended solely for the offered $250 gas card. This event, mind you, was by invitation – invitations that were totally and completely mailed to the wrong list of people. I would venture to guess that at least 10% of the people in attendance didn’t even have cars. Or permanent homes, for that matter. 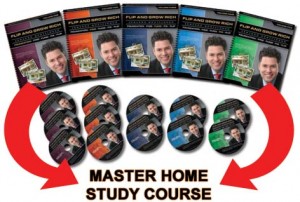 During the first speaker of the day, I noticed a man and a woman take their chairs from their designated spots, and move them over to the side in front of a door leading out of the conference room. I didn’t really think much of it, and then I noticed one of the seminar people telling the couple they could not block the doorway. The man motioned towards a woman in the row in which they were previously seated and, I gathered, informed the seminar guy why they had moved. A few minutes went by before the seminar guy came back, walked past the relocated couple, and tapped the woman in the now abandoned row on her shoulder, motioning for her to follow him. As she stood and followed the man towards the back of the room, it became very clear to me – and my nose – why the couple had relocated and why this woman was now being escorted from the room. Let’s just say, I’ve been in traffic port-o-potties that have smelled better than the removed woman.

Needless to say, the seminar progressed with the soiled woman outside of the conference room.

The first speaker finished and everyone was released for a short break. It was at this time that I had to leave the city for a bit and take care of some family business, returning as the third speaker was finishing up.

The fourth and final speaker was Armando Montelongo, who was sitting in the back of room watching the audience. An audience that at this point had increased their level of rudeness and disrespect by talking amongst themselves and simply not paying attention to the speaker. But why should they? After all, they were only there for the free gas card.

This fact did not go unnoticed by Armando Montelongo who clearly saw that something was a bit off with the crowd. Bold and outspoken, he wasn’t afraid to share his anger and frustration with us all.

He called the audience rude, and unfocused, and noisy – and he was right. Armando Montelongo is blunt and honest, and I admire that in him. I hate going to things like this, with a rude audience, and the speakers just go about their speech, seeming to notice nothing. But not Armando; he made it very clear that he thought a lot of the people had no business being there. He also called them out on only being there for the gas card; which, come to find out, is not as easy to use as it sounds. I have a feeling a lot of the people there who really shouldn’t have been (like the ones without cars or even homes) thought the gas cards were going to be like an actual gift card they could sell.

All that craziness aside, Armando Montelongo had a lot of great information to share and I actually learned quite a bit – about Armando as a person, and as a business man. My previous knowledge of him was what I saw on Flip This House; he was arrogant, with a bad temper and short fuse, but he knew his stuff. Turns out, he really does know his stuff and he’s actually a normal guy with a deep love for his wife and child, and absolutely no patience for rude and disrespectful audiences. Oh, and he’s got lots and lots of money. 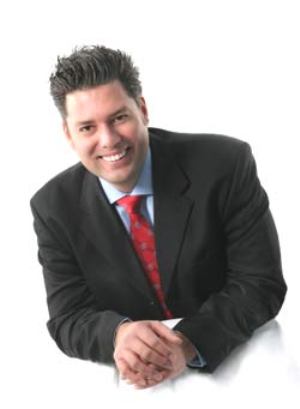