These are the largest selenite crystals ever discovered. They are 1,000 feet down in limestone host rock – where miners are mining for lead, zinc and silver – and were formed by hydrothermal fluids emanating from the magma chambers below.

The miners had to drill through the Naica fault, which they were worried would flood the mine, and this is what they discovered… 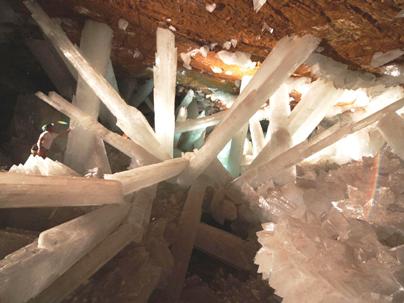 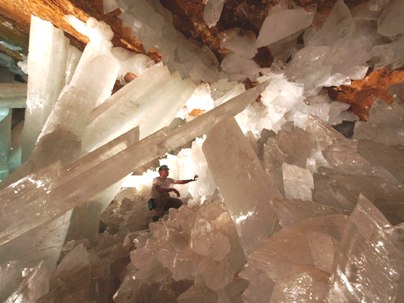 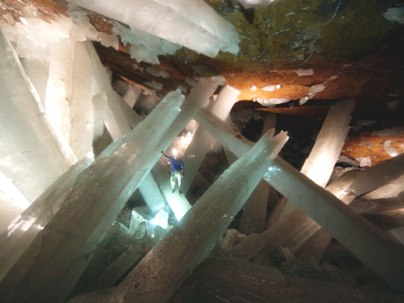 Do you see the little men? You’re eyes are not playing tricks on you. The crystals really are that big! 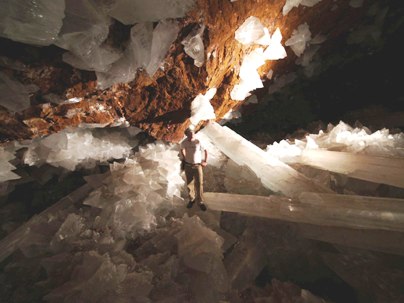 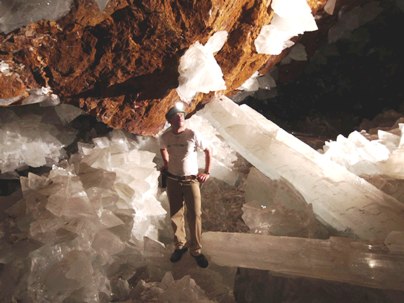 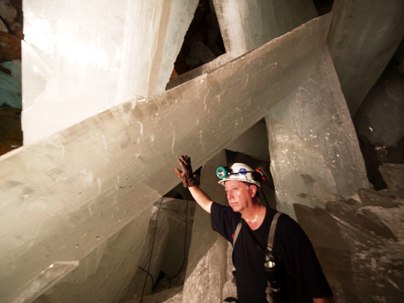 This is a geode full of spectacular crystals as tall as pine trees, and in some cases greater in circumference. They have formed beautiful crystals that are a translucent gold and silver in color, and come in many incredible forms and shapes. Some of the largest are essentially columnar in shape and stand thirty to fifty feet high and three to four feet in diameter. Many of the smaller examples are four to six feet in circumference, have many incredible geometrical shapes, and probably weigh in excess of ten tons. The columnar pillars are at first the most striking shape, but later I noticed there were thousands of “sharks teeth” up to three feet high placed row upon row and dispersed at odd angles throughout the caverns. While some of the crystals are attached to the ceiling walls and floors of the cave as might be expected, some exist in great masses of spikes and almost float in air. These crystals seem to defy gravity, as they must weigh several tons.
– Richard D. Fisher, Photographer/Explorer