Home
Random Thoughts
One Man’s Weird Is Another Man’s Museum.

Here are a few weirder of the weird museums:

National Museum of Funeral History
It’s pretty hard to argue with the motto “Any Day Above Ground is a Good One.” So goes the backhanded optimism of the National Museum of Funeral History, a Houston facility that opened in 1992. Visitors are treated to exhibits that include a Civil War embalming display and a replica of a turn-of-the-century casket factory. In addition, the museum boasts an exhibit of “fantasy coffins” designed by Ghanaian artist Kane Quaye. These moribund masterpieces include a casket shaped like a chicken, a Mercedes-Benz, a shallot, and an outboard motor. According to Quaye, his creations are based on the dreams and last wishes of his clients, which—let’s be honest—really makes you wonder about the guy buried in the shallot.

[The Barbed Wire Museum]
The Barbed Wire Museum in McLean, Texas, comes complete with a reading list for those who want to know more about the history of this apparently fascinating fencing. Also known as the “Devil’s Rope,” it came into being by way of a mutated coffee bean grinder (which made the barbs) and a hand-cranked grindstone device (that twisted the wires together). Just like Mama used to make, right?

The Museum of Questionable Medical Devices
Take two trips to the Museum of Questionable Medical Devices and call us when you’ve lost all faith in the medical profession. Thanks to curator Bob McCoy (who has donated the collection to the Science Museum of Minnesota), those in search of history’s quack science can find what they’re looking for in the St. Paul tourist attraction, whether it’s a collection of 19th-century phrenology machines or some 1970s breast enlargers. If you make the trip, be sure to check out the 1930s McGregor Rejuvenator. This clever device required patrons to enclose their bodies, sans head, in a large tube where they were pounded with magnetic and radio waves in attempts to reverse the aging process.

The Trash Museum
Mom wasn’t kidding when she said one man’s trash is another man’s treasure. At the Trash Museum in Hartford, the Connecticut Resources Recovery Authority (CRRA) turns garbage into 6,500 square feet of pure recycling entertainment! Tour the Temple of Trash or visit the old-fashioned town dump. And for your recycler-in-training, head down the street to the Children’s Garbage Museum, where you can take an educational stroll through the giant compost pile, get a glimpse of the 1-ton Trash-o-saurus, or enjoy the company of resident compost worms.

I don’t suppose any of you have actually been to one of these places? 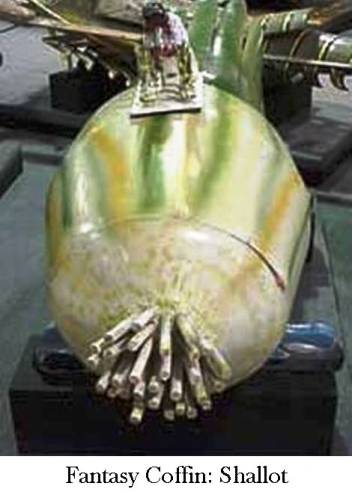