Home
Hollywood Gossip
Are Jake Gyllenhaal And Taylor Swift Back On?

Rumor has it Jake Gyllenhaal and Taylor Swift are dating again.

Of course, they could just be working out their problems in mature way. Or working on the lyrics for the evadible Taylor Swift song about Jake; maybe they’re writing a verse for him to sing.

Whatever the case, Taylor Swift and Jake Gyllenhaal were seen together on Wednesday at a restaurant near Swift’s Nashville condo called Bound’ry; they sat at a private table for two in the back. It was the first time the two had been spotted as a couple since December 9th.

Someone eating at the restaurant at the same time ran to PEOPLE and told them everything they saw.

“They did eat,” the source told PEOPLE. “They were cordial to one another, but not affectionate.”

Another source added that Taylor and Jake seemed friendly, “There was no holding hands, but they seemed happy together. They sat next to the fireplace just chatting away.”

Eh, I don’t know. I need more evidence before I make my decision. At this point, I’m sort of leaning towards thinking the two are writing a song together. But who knows. Maybe they are back together and giving things a second chance.

Maybe they just can’t quit each other. 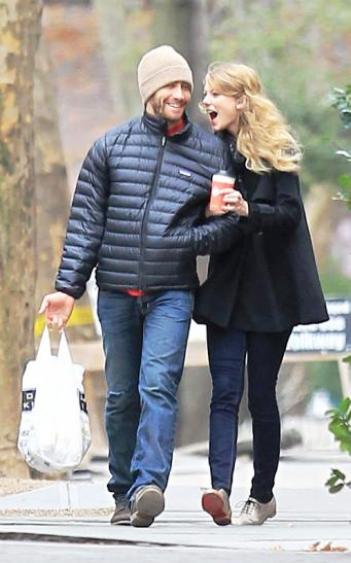