I honestly have no other reaction to this than to laugh.

Heather Mills is being sued by her former publicist who claims Mills ‘lied about Paul McCartney being drunk and attacking her.’

I wasn’t aware you could sue someone in the U.S. for lying about a third party. Although from the sounds of things, the lawsuit probably has more to do with breach of contract between Heather Mills and her Rep than anything else.

Heather Mills has denied any knowledge of a fresh lawsuit filed in the U.S. claiming that she lied about the ‘abuse’ she suffered at the hands of Paul McCartney when they were married.

Her claim that he was a drunk and abused drugs was also a lie, the lawsuit says.

Doesn’t seem like much on the surface given how messy the Mills/McCartney divorce was; but when you take into consideration that statements made by Heather Mills in court could now be ruled as perjury, things get a little more serious.

During [the divorce] her lawyers made a series of lurid allegations against him including the claim he was a ‘vindictive’ man who once tried to choke her.

The 69-year-old was also said to have once stabbed Mills in the arm with a broken wine glass and drunk and used illegal drugs excessively.

In a lawsuit filed by her former PR company Parapluie, however, Mills is accused of making such claims up.

…The lawsuit also accuses her of failing to give all of the money she earned from appearing on the U.S. version of Dancing With The Stars to charity, despite promising to do so.

Supposedly Heather Mills was invited to be on Celebrity Apprentice, but would only accept the offer if Donald Trump himself guaranteed that she would win. He refused of course, and she did not appear on the show. Apparently Heather Mills knows nothing of Donald Trump’s rules of business and competition.

In the lawsuit, Parapluie is seeking unpaid fees totaling $168,000. An amount, by the way, that Heather Mills can easily afford thanks to her disgustingly huge divorce settlement. I sure hope Paul McCartney has learned his lesson on that whole ‘no prenup’ thing.

[Mills] demanded five times the amount she was awarded – but still walked away with about £11,000 for each day of the marriage.

Miss Mills also took home payments of £35,000 a year for a nanny and school costs for their daughter Beatrice. 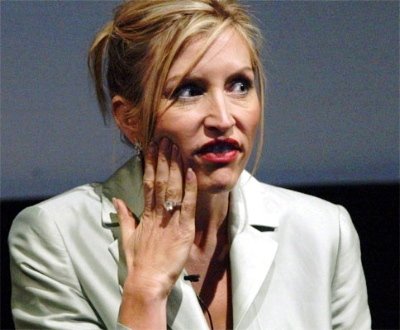