I’m sure you’ve heard of Rocky Mountain Oysters, but do you actually know what they are? I mean, what they really are??

Quite simply, Rocky Mountain Oysters are bull testicles. And you eat them.

They are often deep-fried after being peeled, coated in flour, pepper and salt, and sometimes pounded flat. This delicacy is most often served as an appetizer, with a cocktail sauce dip.

So the boyfriend (who, if you need a refresher course, shall always remain nameless) has been bugging me about Rocky Mountain Oysters from Harris Ranch in Coalinga, CA for at least three years. He’s ranted and raved about the deliciousness of bull testicles as if they were strawberries dipped in gourmet chocolate.

On our drive home this past Sunday from Arizona, he finally had the opportunity to have his beloved prairie oysters again. And lucky me – I got to try them too! And by lucky I mean I only did it because I love him. 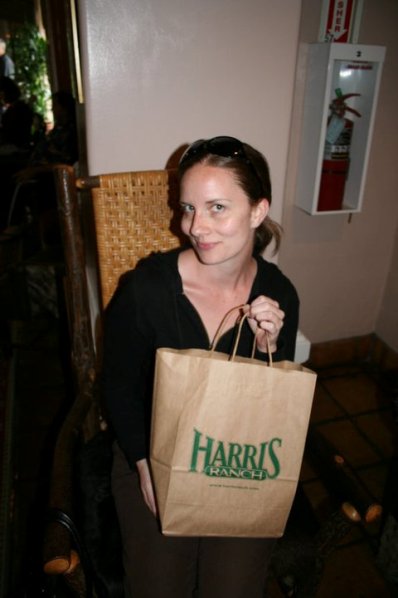 The Rocky Mountain Oysters from Harris Ranch look a bit like small chicken nuggets. And guess what – that’s what they taste like too! They were breaded and fried and came with a lemon, cocktail dipping sauce and ranch dressing. 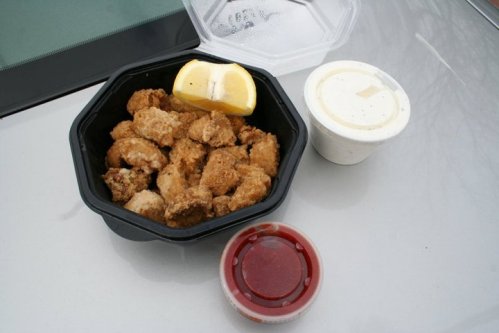 And here’s picture proof I tried them….. 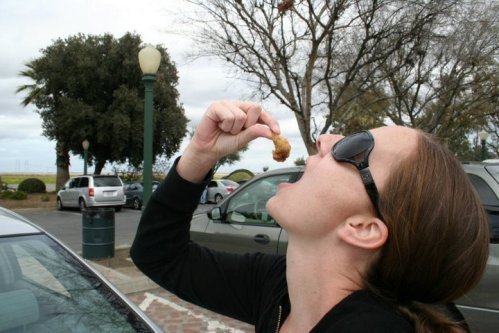 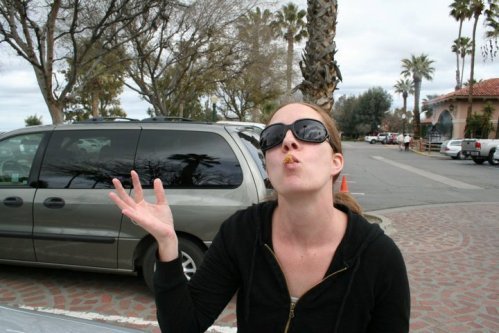 Not satisfied with just the already cooked pieces, the boyfriend decided he wanted to try cooking some on his own. So he bought two pounds of uncooked bull testicles.

On Tuesday he found a few recipes online and took to the kitchen to begin his creation. Don’t tell Harris Ranch, but I like my boyfriend’s Rocky Mountain Oysters better.

And don’t tell my boyfriend, either! I don’t ever want to have to eat these dang things again.

First he took the pieces of bull testicles, with the tough outer skin already removed, and boiled them in a pot of water for about 3 minutes. Be careful a minute too long and they will be as tough as leather. 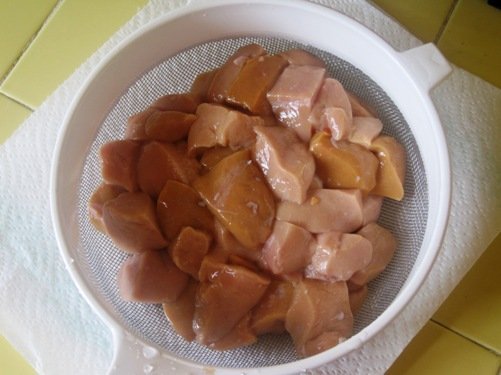 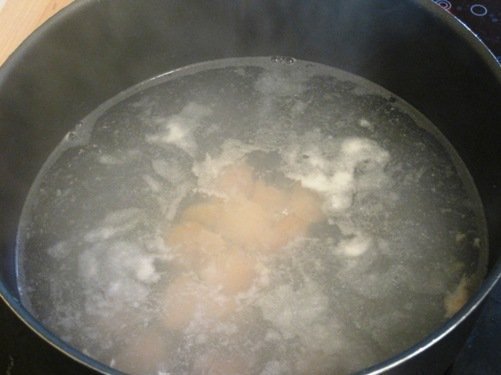 Then he transferred the pieces to a pot of ice water to halt their cooking. 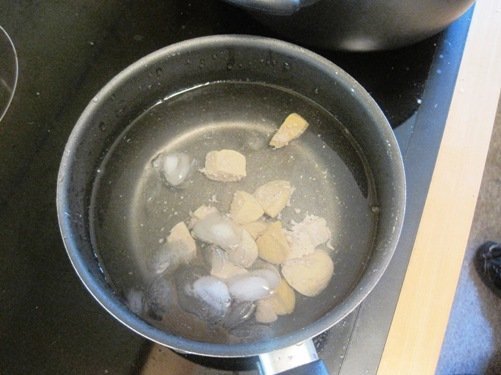 Next he dipped each piece in whole milk, flour with 1 tablespoon of garlic powder & 1/4 teaspoon chili powder, back in the milk again and finally the bread crumbs. 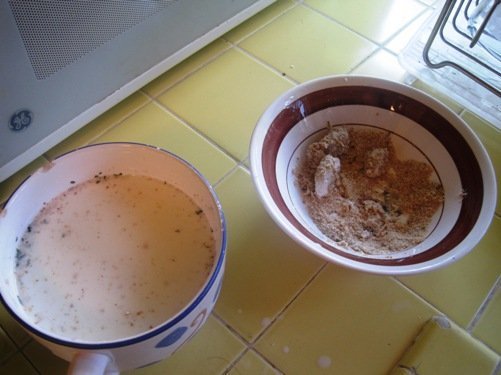 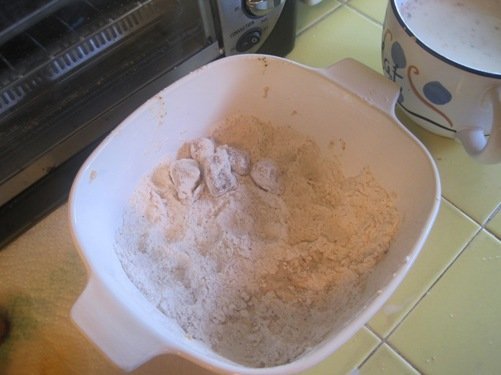 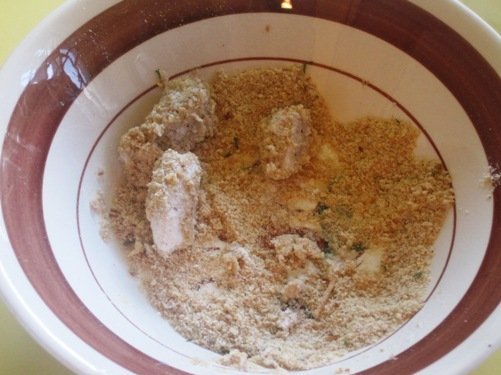 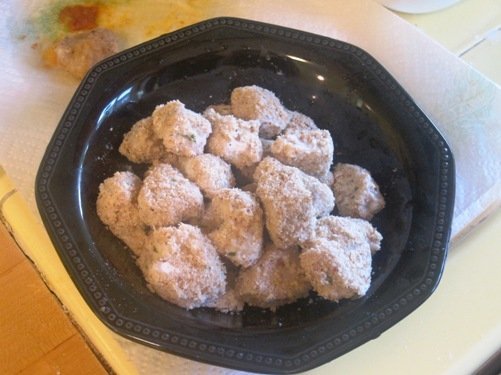 Carefully he submerged each piece into waiting hot oil (375 Degrees F) in a pot and fried them for about 3 – 5 minutes. Just long enough to brown the flour. Again leaving them in too long will make your balls very tough. 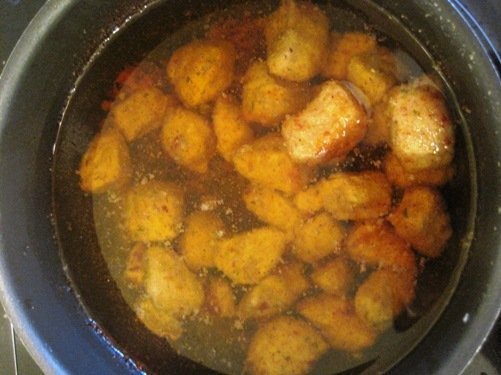 When the Rocky Mountain Oysters are done they are a nice golden brown and perfectly bite-sized. 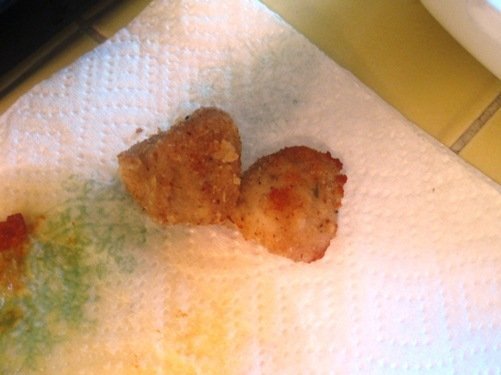 Check out some other recipes for Rocky Mountain Oysters: 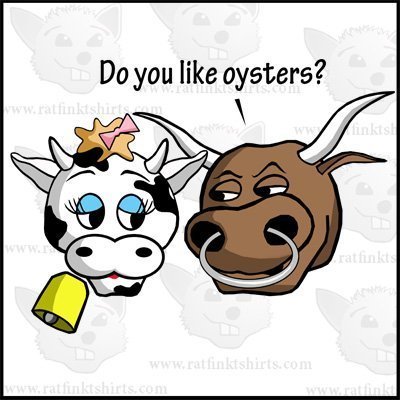