Perhaps Foxy Brown should reconsider getting her nails done; maybe she needs to learn how to do them herself. Just a thought.

Temper-plagued rapper Foxy Brown was reportedly forced to leave a Royal Caribbean cruise ship after she went loco at the beauty parlor.

Apparently she was more than three hours late for her Monday manicure appointment, and flipped out Foxy Brown style when the salon’s staff said they could not accommodate her. She was removed from the salon by ship security and was escorted back to her room, where she was kept under supervision.

When the ship docked in the Cayman Islands, the short-fused Foxy Brown got the boot.

Foxy Brown’s rep has not addressed the alleged incident, and a spokesperson for Royal Caribbean declined to comment.

This latest event is by no means Foxy Brown’s first time at the tantrum rodeo. In 2004 she was charged for assault after allegedly hitting two nail salon workers, and in 2007 she got in trouble for allegedly beating up an employee at a beauty store.

The craziness doesn’t begin and end there! Check out these stories of Foxy Brown craziness….. 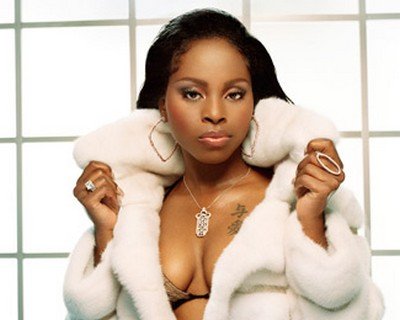