Bristol Palin is a cheap date who can easily be talked into pretty much anything.

At least I think that’s what she’s trying to tell us.

At the super-adult age of 20, Bristol Palin is releasing a memoir. Written with the help of Nancy French, “Not Afraid of Life: My Journey So Far” is scheduled for publication by William Morrow sometime next week.

According to the Associated Press, who was able to purchase a copy on Friday, Bristol affectionately remembers growing up with her family in Alaska, her excitement over mother Sarah Palin’s political life as governor and then as the GOP vice presidential candidate in 2008.

But the main theme of Bristol Palin’s memoir, of course, is her on-and-off-again relationship with her baby daddy; who she refers to as “the gnat named Levi Johnston” and says is a self-involved slacker “who cheated on me about as frequently as he sharpened his hockey skates.”

Bristol, a self-described good girl and straight-A student, admits that she was drawn to Levi’s bad-boy ways from the time they first met in seventh grade.

She also boo-hoos over the unromantic way she lost her virginity (join the crowd, lady), how Levi promised they wouldn’t have sex again until they were married, and that she took almost a dozen pregnancy tests before finally being convinced she was knocked up. Bristol is also, apparently, a total light-weight when it comes to booze.

Bristol Palin writes in her new book of losing her virginity to boyfriend Levi Johnston on a camping trip after getting drunk for the first time on too many wine coolers.

She awoke in her tent, alone, with no memories of what had happened as Johnston “talked with his friends on the other side of the canvas.” She had vowed to wait until marriage. And she had lied to her parents about where she was going.

…When she confronted him about their sexual encounter, he said what she wanted to hear: They wouldn’t do it again until they were married.

It didn’t work out that way, though Palin notes that when she got pregnant she was on birth control pills prescribed to treat her cramps. Only by the eighth home pregnancy test, she writes, was she convinced of the positive results.

Bristol claims her parents Sarah and Todd Palin accepted their pregnant daughter, and helped her to stay focused on the future – especially her education. However, “the gnat” Bristol says, simply declared the baby “better be a f*cking boy.”

Personally, I have no desire to read Bristol Palin’s memoir, but if you happen to get your hands on it and are able to get through it without trying to hang yourself, let me know – I would love a written review!

For more of what the Associated Press has to say about Bristol Palin’s new book, read: Bristol Palin calls her ex ‘the gnat’ in new book HERE 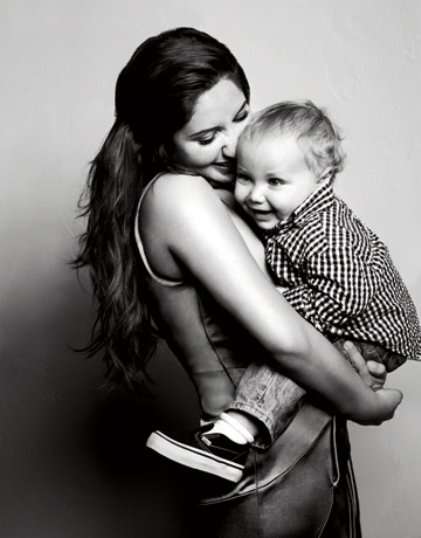