After two-and-a-half seasons, Emmy Award-winning and Oscar-nominated actor Laurence Fishburne has decided to let his contract lapse, and will not be returning to CBS’s hit crime-drama CSI, except for a few features here and there.

Quite honestly, Fishburne’s departure doesn’t bother me. What bothers me is that CSI is not only moving to Wednesday nights, but the time slot is changing too. When are networks going to learn that if a show has successfully been in a particular time spot for years and years, moving it is the kiss of death?

And on top of all that, Marg Helgenberger is returning only part-time to the show.

Mark my words; this is the end of CSI.

While Fishburne is leaving our small screens, he’s thankfully not disappearing completely. He can next been seen as Dr. Ellis Cheever in Steven Soderbergh’s thriller Contagion. The movie also stars Matt Damon, Kate Winslet, and Jude Law.

Contagion (2011): An action-thriller centered on the threat posed by a deadly disease and an international team of doctors contracted by the CDC to deal with the outbreak.

Fishburne started acting at age twelve, getting his first job in 1973 as a short-lived member of the Mod Squad followed by portraying Joshua Hall on the ABC soap opera, One Life to Live. He was initially cast in the hit television series Good Times, but the role was eventually given to Ralph Carter. Fishburne’s most memorable childhood role was in Cornbread, Earl and Me in which he played a young boy who witnessed the police shooting of a popular high school basketball star. Fishburne later earned a supporting role in Francis Ford Coppola’s Apocalypse Now, in which he played a 17-year-old sailor nicknamed ‘Mr. Clean’. When production began in March 1976 he was just fourteen, apparently lying about his age to get the part. Filming took so long that he was seventeen upon its completion. [source] 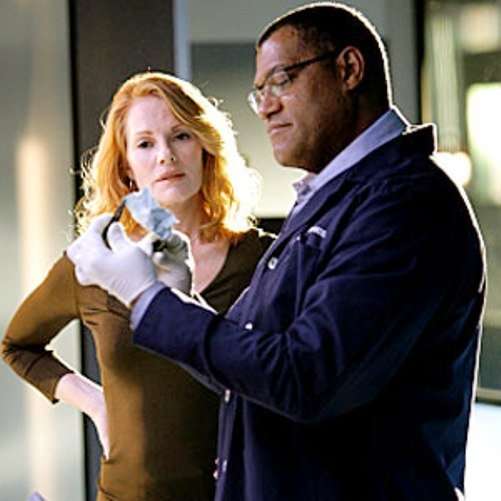