Home
Hollywood Gossip
The Kids Are Back On The Block

Well, we’ve been hangin’ tough for almost 15 years, and now it’s going to happen – all five original members of New Kids on the Block are going to be together in the courtyard of the Today show. Donnie, Danny, Jordan, Jonathan, and my personal favorite, Joey will appear on the morning news show this Friday, April 4th.

Rumors of a NKOTB reunion have been circulating for months. This appearance, no matter how wanted or anticipated is (of course) aligned with the 20th anniversary of the release Hangin’ Tough. Hey, they may have not have been in the game for years, but they still know how to play it.

I was IN LOVE with New Kids when I was a tween – so were a zillion other girls (although they may not admit it now). My walls were covered with pages ripped out of magazines and I listened to all of their tapes so much they eventually warped. I even had a framed picture of the group, as well as a picture of the picture. Yes, you read that right.

When I was 12 years old, I went to a New Kids on the Block concert in Jackson, MS; to this day, it was probably the best birthday present I’ve ever gotten. My dad had a friend who used to be in the music business and still had a lot of contacts – he got me the tickets the day before the concert, and the seats really weren’t that bad.

When I was much older (like in my early 20’s) my friend was able to get tickets for a Joey McIntyre concert because her cousin was (and may still be) Joey’s sister-in-law; or something like that. We had great seats – close enough to really see him, but far enough away not to be bombarded by screaming teenage girls. Oh yeah, we also had backstage passes, so after the show we stood in line to meet him. This is where it gets good. We were at the end of the line so the last people in to meet him. My friend introduces herself and explained their connection, and then the rest of us introduced ourselves. He was still wearing a cowboy hat that he wore for the last set, so naturally I asked if I could have it. And naturally, he said no. We all chatted for awhile; until a security dude told us to hurry it up because Joey was tired. This is the best part. Joey looked at the guy and said, and I quote, “It’s okay, these are my people.” I must say, for a bunch of girls who were once head over heals for the New Kids, it was awesome to hear those words.

What are your memories of the New Kids on the Block? Don’t lie, I know you have some. 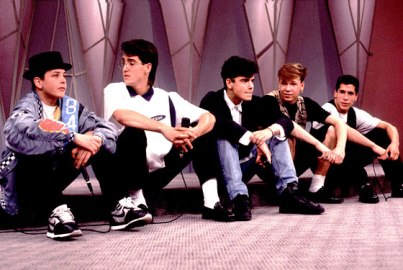 That was then, this is now…. 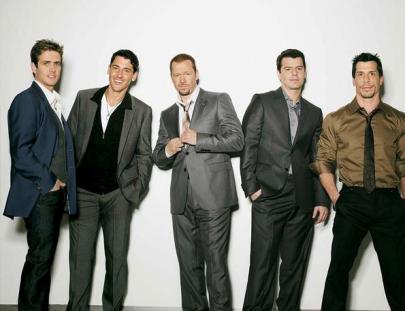 Article Source: People.com – New Kids on the Block to Appear on Today Show