Both the sports world and the acting world lost a member today.

Bubba Smith, the 6-foot-7 football star turned actor was found by a caretaker at his Baldwin Hills home in Los Angeles on Wednesday. Officials believe he died of natural causes. Smith was 66.

…Charles Aaron Smith was a defensive lineman and future College Football Hall of Famer at Michigan State, then played nine seasons in the pros with the Baltimore Colts, Oakland Raiders and Houston Oilers from 1967-76.

In the slapstick Police Academy films of the 1980s, Smith’s character, the aptly named Moses Hightower, hovered over his fellow misfit cadets in the franchise’s first film in 1984 and its five sequels. A florist joining the academy, Hightower had immense strength but was the most soft-spoken of all the characters… 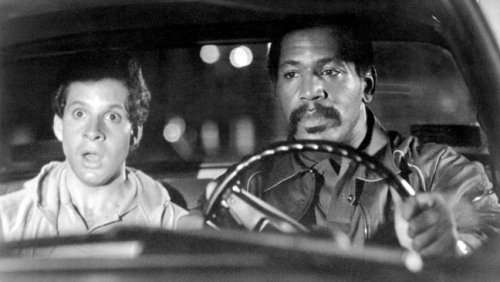 Smith also starred in the short-lived television series Blue Thunder, partnering with Dick Butkus, another former NFL defensive star, and had regular roles in such other series as Semi-Tough, Open All Night and Half Nelson. He appeared in Blood River, a 2010 indie film.

In the 1970s, Smith appeared in several Miller Lite commercials alongside the likes of Butkus, Rodney Dangerfield and Larry Csonka. In one memorable spot, he rips off the top of a beer can and he says, “I also love the easy-opening can.”