UPDATE: Although it is being denied by the Los Angeles District Attorney’s office, TMZ reported Saturday morning that Lindsay Lohan will indeed face felony theft charges.

Sources connected with the case tell TMZ the L.A. County District Attorney will file the case as early as Monday.

…If convicted … Lindsay faces a maximum of three years in state prison.

Sources connected with Lindsay tell TMZ … Lindsay says she’ll fight the charge and she’s sticking with her story that she took the jewelry on loan.

UPDATE: The D.A.’s office just issued a statement to an L.A. wire service that no decision has been made. TMZ reiterates — Lindsay Lohan will be charged with felony grand theft.

Sources say Lindsay has frequented the store since moving to Venice.

In her defense, Lindsay claims the necklace was loaned to her, and that her stylist simply didn’t return it in time. The District Attorney’s office isn’t so sure, and is looking into bringing felony theft charges against Lohan.

In response to Lindsay’s claim the necklace was on loan, the jewelry store is calling shenanigans, saying there are several hoops one must jump through before anyone can borrow anything.

We’re told the paperwork entails an itemized list of what the customer is borrowing, a signed contract claiming responsibility for the item while it’s out of the store, and credit card and insurance information in case anything goes wrong.

It sure sucks to be Lindsay Lohan right now. 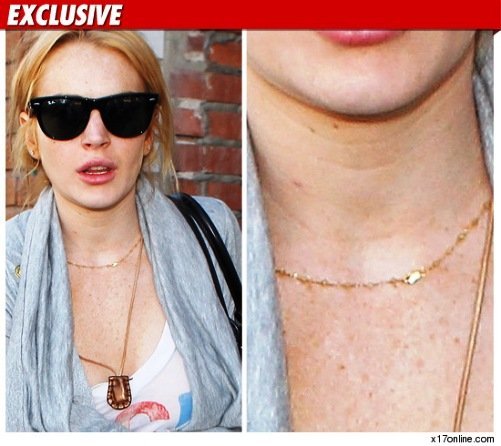