Call me crazy, but I don’t think Conrad Murray is going to come away from his manslaughter trial unscathed. Or even un-jailed.

The trial officially got underway on Tuesday, with prosecutor David Walgren delivering his opening statement. During which, he used a graphic of what appears to be Michael Jackson’s body on a gurney.

That’s the real sh*t right there, people. It’s definitely more of a morgue photo than the Michael Jackson Morgue Photo I posted back when he died in June 2009.

Walgren also mentioned a lot of things that happened around the time of Jackson’s death, and the events don’t exactly put Murray in a good light. Of course, Walgren is going for a conviction, so he’s not going to necessarily play up Murray’s pluses. But still.

Below is a list of the facts and accusations surrounding Dr. Conrad Murray’s role in the death of the King of Pop, Michael Jackson.

– Michael Jackson trusted his life to the medical skills of Dr. Murray and it was “misplaced trust”

– The cause of death was an overdose of Propofol, administered by Dr. Murray

– Walgren explained that Murray would obtain $150,000 a month, not the $5 million Murray demanded for the duration of the “This is It” tour.

– On May 10, 2009, Murray made a voice recording on his iPhone … the recording documents MJ highly under the influence of “unknown agents” with Murray sitting there. It shows Murray knew Michael’s state and what he was doing to the singer

– In the weeks before MJ died, he was cold, shivering, rambling but Murray kept giving him Propofol, and Kenny Ortega will testify MJ was clearly not well

– A meeting was held at Michael’s house on May 20, 2009, MJ died, with Kenny Ortega, Murray, MJ and others. Murray scolded Ortega for expressing concerns about his health, saying he was the doctor, adding, “Michael is physically and emotionally fine. I am the doctor.”

– On the day MJ died, at 1 AM, MJ came home from rehearsal and Murray spent the night at the house — as he did every night for the prior 2 1/2 months — for the purpose of putting him to sleep with Propofol.

– Walgren acknowledged what TMZ has been reporting almost from the beginning … that Michael died in his bed — that he was clinically dead when paramedics arrived.

– Murray was texting and making phone calls while he sat by MJ. He made 8 phone calls, the last at 11:51 to a girlfriend, and that’s when Murray realized there was an emergency.

– Murray instructs Alvarez to essentially hide the evidence in a blue bag … putting, among other things, the Propofol bottle that was hanging on the IV stand — Walgren is implying that’s the bottle that had the fatal dose

– Murray never told the EMTs he gave MJ Propofol, even though they asked what drugs Murray had administered

– Paramedics pronounced MJ dead, but Murray insisted he be transported to UCLA

– UCLA doctors asked Murray what drugs had he given MJ, but Murray never mentioned Propofol

– Two days after MJ’s death, Murray met with LAPD detectives, and disclosed he was giving MJ nightly doses of Propofol everyday for more than 2 months to put him to sleep. This is the first time Murray fessed up.

– MJ told Murray at around 5 AM that he needed to sleep and they agreed Propofol was the answer. Murray said he gave MJ 25 milligrams of Propofol, but that would only put him to sleep for minutes. Prosecutors say much more Propofol was administered.

– Murray explained to cops he went to the bathroom to urinate, came back 2 minutes later to discover MJ wasn’t breathing. Prosecutors says that is called “ABANDONMENT,” leaving a patient unattended is medical abandonment.

– Conrad Murray acted with gross negligence and was not acting in MJ’s best interests … he was working for $150,000 a month.

What’s your view on all of this? Do you think Conrad Murray will be convicted of killing Michael Jackson? 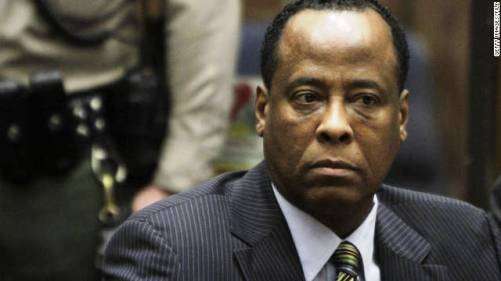