What a difference a week makes!

It wasn’t even 10 days ago when Charlie Sheen was crediting the folks at CBS with forcing him into sobriety. He seemed so grateful at the time.

Not so much anymore.

“I was told if I went on the attack, they would cancel the show and all that and so I’m just sort of seeing if they’re telling the truth or not,” Charlie claimed to host Alex Jones in an interview for his radio show, “The Alex Jones Show,” on Thursday, referring to his CBS bosses.

“Are they happy with the $5 billion they already made off me or do they think they can turn it into $10 [billion] in a couple more seasons?” Charlie continued. “I’m just saying, you know [the show] is a runaway freakin’ juggernaut.”

…The 45-year-old also blasted show creator Chuck Lorre, calling him a “turd” while claiming that he embarrassed Chuck “in front of his children and the world by healing at a pace that his un-evolved mind cannot process.”

I’m guessing the honeymoon period for his sobriety is over and all this latest craziness is Charlie’s true colors coming out. Fast and hard. It seems this guy is intent on running his life into the ground, and it’s incredibly sad that because of his narcissistic behavior, the lives of those around him are being negatively affected.

Clearly Charlie believes he’s better than everyone and thinks we should all feel honored by his sheer existence. There’s nothing more unattractive than a man who thinks he’s God’s gift to the world.

Just hours after Charlie Sheen went on a radio rampage, blasting his bosses at the television show, CBS issued a statement on behalf of the network and “…Men’s” production company, announcing they were pulling the show from production of new episodes.

“Based on the totality of Charlie Sheen’s statements, conduct and condition, CBS and Warner Bros. Television have decided to discontinue production of ‘Two and a Half Men’ for the remainder of the season,” CBS said in a statement late Thursday night.

According to sources, comments Charlie made to TMZ – like challenging show creator Chuck Lorre to a fight, and calling him “a stupid, stupid little man and a pu**y punk that I never want to be like.” – was the final straw.

As you may have guessed, Charlie had a thing or two to say in response to the cancellation of Two and a Half Men.

What does this say about Haim Levine [Chuck Lorre] after he tried to use his words to judge and attempt to degrade me. I gracefully ignored this folly for 177 shows … I fire back once and this contaminated little maggot can’t handle my power and can’t handle the truth. I wish him nothing but pain in his silly travels especially if they wind up in my octagon. Clearly I have defeated this earthworm with my words — imagine what I would have done with my fire breathing fists. I urge all my beautiful and loyal fans who embraced this show for almost a decade to walk with me side-by-side as we march up the steps of justice to right this unconscionable wrong. 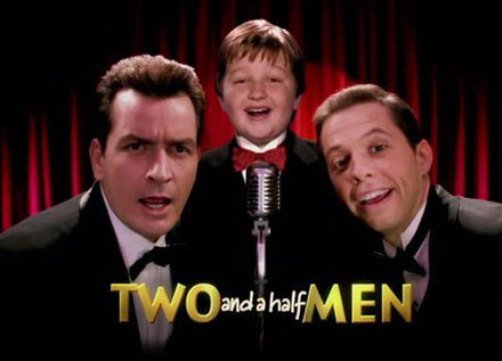 And now, for your further reading pleasure, is Charlie Sheen’s rap sheet, courtesy of my dear friend Julia over at Dipped In Cream…..

1990: Sheen accidentally shoots then-fiancée Kelly Preston in the arm. As flesh wounds have a funny way of killing the mood, the engagement is called off shortly thereafter. It’s during this same year that he enters rehab for the first time to treat an alcohol addiction.

1995: Two words: Heidi Fleiss. Sheen admits to being a client of the so-called Hollywood Madam, copping to having spent $50,000 for the, um, services of her call girls.

1995: Two months after marrying model Donna Peele, Sheen was sued by a UCLA student who claimed he struck her in the head back in 1994 after she refused him sex. The case was settled out of court.

1997: Sheen pleads no contest to battery charges brought by former girlfriend, model-actress Brittany Ashland, who claims Sheen threw her onto his kitchen floor and split her lip. He earned a year’s suspended sentence, two years’ probation and a $2,800 fine.

1998: Sheen enters lockdown rehab after being hospitalized for a drug overdose. The get-clean action was necessary after his father, Martin Sheen, turned him in for violating his parole.

2005: Denise Richards files for divorce while pregnant, publicly accusing Sheen of “inappropriate behavior,” including dalliances with prostitutes, gambling problems and drug and alcohol problems, that could negatively impact his daughters’ upbringing. Sheen denies everything, calling the claims “laughable and inane.”

2009: Sheen is arrested on felony menacing charges and spends Christmas in a Colorado jail after wife Brooke Mueller tells cops the actor threatened her with a knife. He was released on bail.

Feb. 23, 2010: Sheen voluntarily checks himself into rehab, a move his rep referred to as simply a “preventative measure.”

February and June, 2010: On two separate occasions vehicles were stolen from Sheen’s home and driven off nearby cliffs. It’s unclear if Sheen specifically was targeted, but no suspects were ever found.

Aug. 2, 2010: Sheen pleads guilty to misdemeanor third-degree assault for his Christmas attack on Mueller. He was ordered to spend 30 days in rehab, undergo domestic abuse counseling and was placed on probation.

Oct. 26, 2010: Sheen is taken to the hospital after cops are called for a disturbance in his room at New York’s Plaza Hotel. He was with porn star Capri Anderson at the time, who later went public with her story, claiming Sheen got physical with her and that she was forced to hide in a closet. Sheen was hospitalized after the incident, though his rep chalked it up to “an allergic reaction to some medication.” Anderson went on to threaten Sheen with a lawsuit alleging battery and false imprisonment, but no charges were ever filed, and rumors circulated that the duo ended up settling out of court.

Jan. 27, 2011: After an early morning 911 call is placed, Sheen is transported from his home via ambulance to Cedars-Sinai Medical Center. Father Martin Sheen and ex-wife Denise Richards rushed to his side, though Sheen was released later the same day. Rumors abounded as the cause of his hospitalization—his hernia, a bender, or some combination of the two being the most repeated culprits—though no official word was given, other than that Sheen was suffering from “severe abdominal pain.” He is due back on the set of Two and a Half Men next week.

Jan 28, 2011: Well, so much for that back-to-work plan. Sheen again checks into rehab to deal with what ails him. Which, if we’re to go by his behavior, is a lot. 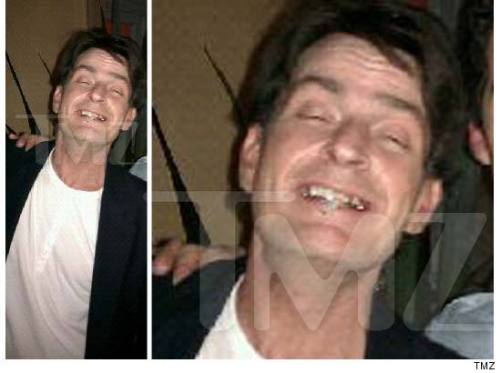