Last Wednesday I told you about Alberto Alvarez – the man who called 911 the day Michael Jackson died – and his testimony about Dr. Conrad Murray actions while MJ was dying.

According to reports Alberto Alvarez was fired from his position by the Jackson family last Friday. He had been working at the Encino home since Michael Jackson died last June.

At this point, there don’t seem to be any details on a reason for the firing, but it’s awfully convenient that Alvarez opened his mouth last Wednesday, and then lost his job two days later on Friday.

Of course, that wouldn’t necessarily make any sense since the majority of the Jackson family believes Dr. Murray killed Michael. You’d think they’d want Alberto Alvarez to throw Murray under the bus.

But the timing of the story hitting and Alvarez losing his job is just too odd.

There’s got to be more this story than meets the eye. 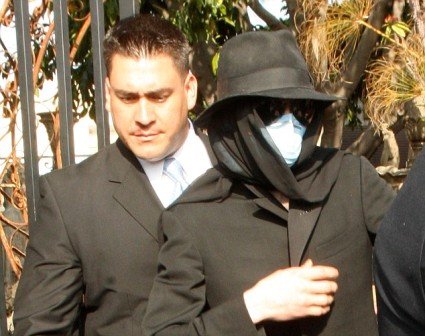 Logistics is the management of the flow of goods, information and other resources, including energy and people, between the point of origin and the point of consumption in order to meet the requirements of consumers (frequently, and originally, military organizations). Logistics involves the integration of information, transportation, inventory, warehousing, material-handling, and packaging, and occasionally security. [source]