I’ve been in and out a lot lately, but hopefully I’m back for a few days. Who knew purchasing 11 acres in the country with my boyfriend would be so time-consuming? Between hunting hornets, fixing the well so we can actually flush our toilets, and whacking the heck out of the half-dead bushes and shrubbery – not to mention the dozens of hours spent driving back and forth – my attention to gossip has suffered; and for that I apologize.

That being said, let’s get back into it!

The new cast of Dancing With The Stars has been revealed. Once again, the producers have clearly used the term “stars” lightly.

Chynna Phillips, 43 – Member of the 90s trio Wilson Phillips. ‘Hold On’ will surely make an appearance.

Nancy Grace, 51 – Loud and abrasive. And leadear of the Casey Anthony lynch mob. 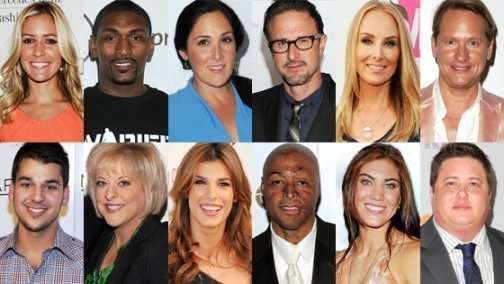