After a public and painful battle with pancreatic cancer, actor Patrick Swayze has died. His publicist Annett Wolf confirms that the 57-year-old Dirty Dancing star died Monday surrounded by family.

I’ve always felt a connection to Patrick Swayze because we share a birthday; this is especially sad for me. 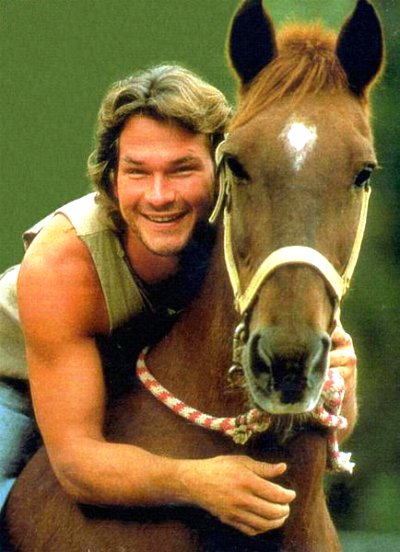 Last spring Patrick Swayze announced he had been diagnosed with pancreatic cancer, but he continued to work as he went through treatment. He starred on the A&E drama The Beast, and told fans he and his wife were working on a memoir.

…the reason [Patrick Swayze] moved up from supporting player to giant star really comes from his ability to convincingly play down his powerfully athletic physicality and be, for lack of a better phrase, a little soft. Swayze was good-looking, of course — and sexy in a way that felt earned, since he had a dancer’s body and not just one built strictly in the gym. But he wasn’t quite as delicately pretty as a lot of similarly positioned stars. Eyes maybe a tiny bit too small, kind of a square head … it could fool the eye, just for a fleeting, foolish second, into believing he was a guy you might actually meet in the wild. 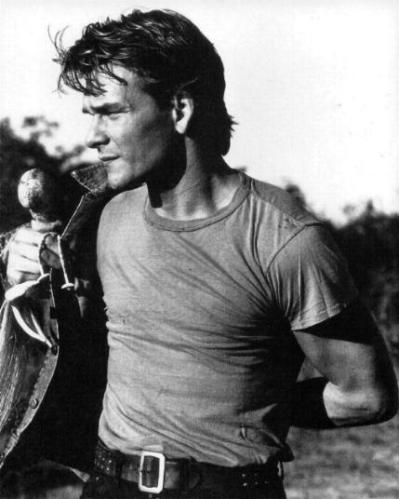 It was 1987 when Swayze became a star with his performance in “Dirty Dancing,” a coming-of-age story set in a Catskills resort. The 1990 film “Ghost” cemented his status as a screen favorite.

Swayze played a murdered man trying to communicate with his fiancee through a spirit played by Whoopi Goldberg. 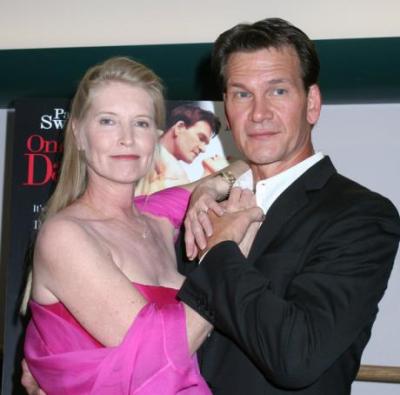