Home
Hollywood Gossip
Reese Witherspoon And Jewel Are Not Pregnant. Because One Just Gave Birth.

Apparently the celebrity gossip site X17Online is spreading rumors that the newly married actress is already with child. Thankfully Gossip Cop is on the case.

In X17Online’s latest guessing game, the blog writes that the newly wed Witherspoon was “looking very happy as she left a medical building in LA,” and notes that building “holds the office for a gynecologist who is often visited by pregnant celebs.”

Desperately trying to bolster its claim, the site quotes Witherspoon telling the November issue of Glamour, “I would love to have more kids.”

A source close to the actress tells Gossip Cop: “She’s not preggers.”

Someone who actually is pregnant – or should I say, was pregnant – is the beautiful folk singer, Jewel, who gave birth to a 7lbs 6 oz boy Tuesday somewhere in Texas. Jewel and her rodeo-champ husband, Ty Murray, named the little guy Kase Townes Murray.

“We are overcome with happiness,”

Jewel gushed in her blog.

“It really is as great as everyone told us it would be–better even!”

Believe it or not, it took a whopping 10 years of trying before Jewel and Ty were able to conceive. Perhaps part of the issue was the tight cowboy pants Ty Murray has been wearing for years on end. Just a thought. 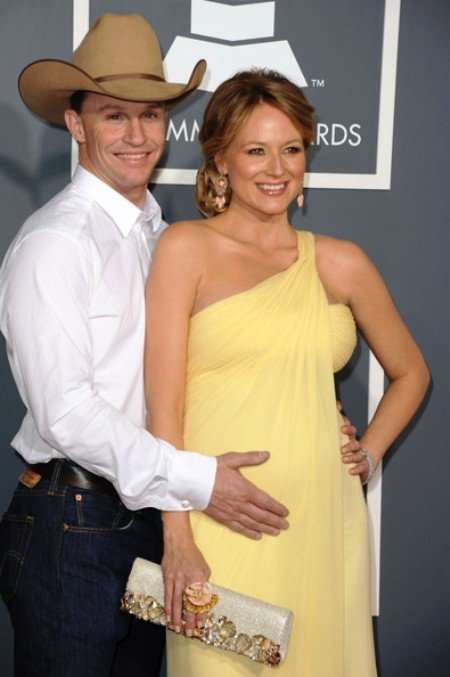