Home
Hollywood Gossip
One-Nut Lance Is Having A Baby And Pete Wentz Is In The Dog House.

Here’s a little bit of interesting…..Lance Armstrong who famously battled Testicular Cancer and lost a testicle in the process has knocked up some chick named Anna Hansen that he met through his charity work.

Having just broken up with Kate Hudson this past July, Lance apparently wasted no time in finding a new lady. This pregnancy, obviously, was a surprise.

But that’s not the interesting part; unexpected pregnancies seem to be the Hollywood norm, n’est pas?

The interesting part is that before Lance Armstrong underwent cancer treatment, he had a bunch of his sperm frozen; with which he and his then wife Kristin Richards later used to conceive three children. But this pregnancy with Anna Hansen was created the natural way. 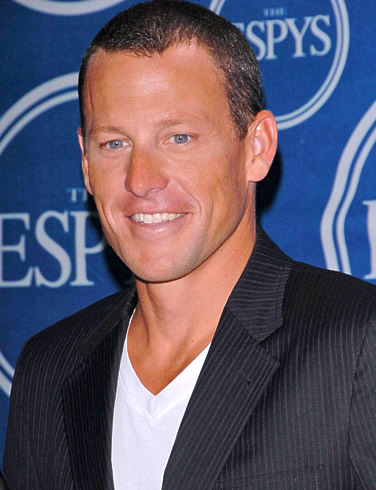 So, you know how Pete Wentz has been going around telling everyone about his sex life with his wife and mother of his child Ashlee Simpson-Wentz?

Yeah, well, it’s lookin’ like Ashlee is none too pleased about Pete’s lack of a verbal filter.

Pete Wentz could very well be drunk in the following clip, but it’s pretty clear that he’s gotten an earful or two from Ashlee. As well he should have.