In an effort to better decide the former Prison Break star’s jail sentence, Superior Court Judge Elden S. Fox has ordered the actor to undergo a 90-day “diagnostic,” given by parole officers and psychologists. Garrison will be back in court on October 31st for formal sentencing.

Following the fatal December 2006 car crash, in which a teenage passenger died, Lane Garrison pleaded guilty to one count of driving under the influence with a blood-alcohol level of 0.15 % or higher, one count of vehicular manslaughter without gross negligence, and a misdemeanor of providing alcohol to a minor.

According to police Lane Garrison, 27, had a blood-alcohol content of .20 % (more than twice the legal limit in California) and was under the influence of cocaine, when he lost control of the 2001 Land Rover he was driving that fateful December 2nd, and crashed into a tree. Of the three passengers in the car, 17-year-old Beverly Hills High School student Vahagn Setian paid with his life. The other two riders were 15-year-old girls, both of whom survived with only minor injuries.

During today’s hearing, many of Vahagn Setian’s friends and relatives wore T-shirts with the teen’s picture on the front and, “Dream as if you’ll live forever, live as if you’ll die today” (a James Dean quote) on the back.

Garrison, who faces a maximum sentence of six years, eight months in prison (the L.A. D.A. is asking for four years, eight months) was supported by about 20 people today in court. Garrison was taken back into custody today at the end of the hearing, after having been free on $100,000 bail.

Crying during the hearing, Garrison apologized to the dead teen’s family.

“I relive that night every day, and I think about the bad decision I made that day. All I can say to you is, I’m so sorry.”

Recently, the young actor was featured in a public service announcement in which his accident is re-enacted. He seems to be holding back tears as he talks about the stupid and costly mistake he made that night.

Vahagn Setian’s father, however, sees the PSA as Garrison’s attempt to gain sympathy before his sentencing.

“He is an actor, and he is acting. Let’s not fall for his act … [my son was killed] not by an accident but by the reckless action [of Garrison] … in mere seconds, our hearts and our souls were ripped apart.”

Quick Hollywood Gossip Round Up Vol. 3 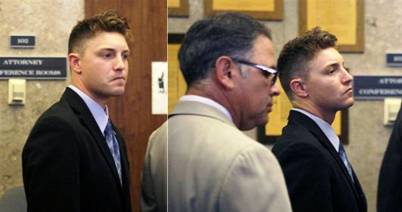 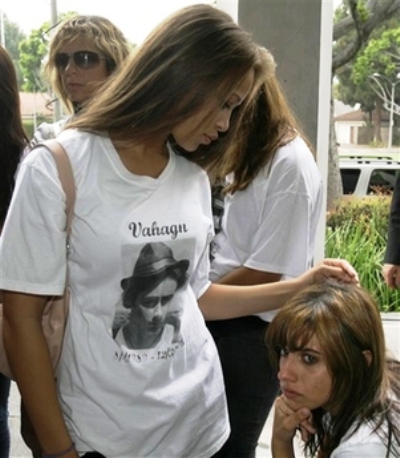 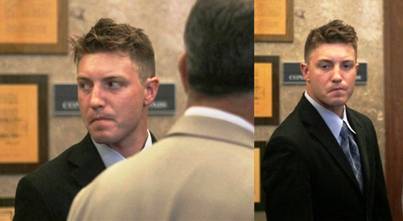