Rachel Uchitel, who is often referred to as Tiger Woods’ “main” mistress, was paid a reported $10 million to keep her mouth shut.

I repeat…..Rachel Uchitel bumped uglies with Tiger Woods and was given TEN MILLION dollars.

It wasn’t quite “sex for money” since the money’s purpose was to keep the sex out of the headlines, but it’s awfully hookerish. Just sayin’.

So remember back when the Tiger Woods sex scandal first broke and Rachel hired lawyer Gloria Allred and she announced Uchitel would be giving a press conference? And remember how said press conference never materialized?

Well now you know why.

Allegedly Tiger’s people paid Rachel Uchitel the obscene amount of money only after she signed a confidentiality agreement.

Ten million dollars is a beyond-crazy amount of money. Just exactly what kind of freaky kinky sh*t is Tiger Woods trying to cover up? I can only imagine….. No, really, I can. I can be pretty depraved when I want to be. But that’s a different story for a different day – and about eleven million dollars. Ha!

It’s especially weird to hear how much hush money Rachel Uchitel got because other Tiger Woods mistresses claim they basically got nothing for their bloody whoring. 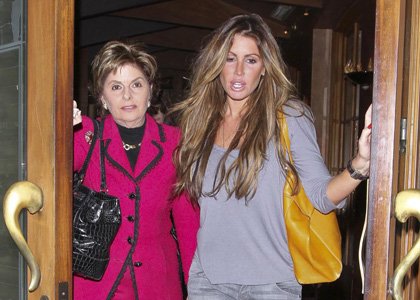