I’ve been holding onto this information since the end of August, and finally have the go ahead to publish it. Some of it may be old news to you, but remember, I received the information more than three weeks ago. I am not the original author of this piece, I just want to make that clear. And, I don’t know who wrote it – it came to me via an anonymous donor.

Howard DOES have something on Larry. A videotape.

Many people confirmed this story in interviews and apparently, Jackie Hatten had been asked to come and meet Larry.

She did and went down the hallway peeping in bedrooms looking for Anna and she found the shock of her life and it almost made her ill.

Howard and Larry had their pants down around their ankles and Howard was on his knees and need I say more. He videotaped this “event” and poor Jackie was stunned and backed out of the room bumping into Anna. Anna asked what was wrong and then she herself looked in and started laughing hysterically. She said to Jackie “I already told you Howard was GAY” and then one of the nannies that was contacted by the police said she was checking in on Anna in her bedroom and Anna was in bed, watching TV and laughing. She was watching the video and apparently watched many times, cracking up. Larry confessed to a friend that Howard has a videotape and was trying to say he was a “queer”.

The brown liquid found in the hotel room was Pedialite. She was drinking it trying to calm her flu symptoms. The residue in the bed was feces and the other stains in the sink was vomit. Every prescription, except for 3 were in Howard’s name. Two antibiotics were prescribed to Alex Katz and another antibiotic, Cipro, was prescribed by Dr. E for Dr. E.

Howard has said he was grief stricken and was in bed when after he found out Anna died and couldn’t bear to talk to anyone. Well, not true, because he got on his cell phone and called ET, told them to send Mark immediately before all the media really go nuts and booked the whole floor of rooms for them (Mark, producers, etc.)

If Virgie hadn’t arrived when she did and had been any later, Howard and his “buddies” planned to go to the hearse with the pallbearers and bring her into the church themselves. Howard and his buds kept calling Virgie the “B” word through the whole service amongst themselves and his side of the church, very loudly.

Rita Cosby was asked to leave by Howard from the reception because he only wanted ET there representing the media. She was personally invited by the owner of the home and she was very upset that Howard would kick out one of her invited guests. She asked Howard to call and apologize after but of course, he never did. 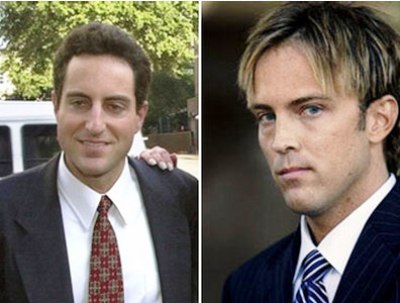